Be wary of using preconceptions when talking about wine because most are wrong, if not totally absurd. If I had a €1 for every time someone has made a sweeping all encompassing comment about a country, grape or region, I would be able to buy some really nice wines!

I often hear comments such as ’All French wines are very ….’ or ‘All Rieslings are sweet’ or ‘All Spanish white wines are…..’ Sparkling wine make me…..’ ‘Who drinks Australian wines’’ o ‘German wines are awful’, ’Rioja is better than Ribera’. Do you use such expressions? Where do these preconceptions come from and what is wrong with them?

When giving a course or a tasting I get those taking part to compare and contrast without any preconceived ideas of what the wine should taste like, in this way we learn to appreciate the similarities and differences.

Take the comment “All French wines are very strong and expensive”. Statements such as this show a lack of knowledge. To learn about French wines takes time and along the way you may taste some poor wines. However, you should never draw a conclusion on a region or country based on one bad experience. It is fascinating how they vary from region to region, with a great range of qualities and styles from the most exquisite elegant and expensive wines in the world to basic jug wine while in between you can find pretty much everything else. If you have ever had a chilled Pouilly Fumé with seafood the only reaction will be one of delight.

Another comment I often hear is “Rieslings are sweet and I don’t like sweet wines”. It is true that tasting a cheap, commercial Riesling often has a high level of residual sugar is not a good experience. So avoid very cheap wines. Riesling is a grape that thrives in cooler climates, especially in its home in Germany but also Alsace, Australia and New Zealand. With a little research you will find Riesling that will change your ‘wine tasting life’. Most Rieslings are dry, with a wide range of aromas and flavours from floral, citrus, honey, even petrol. The naturally sweet wines can be stunning. Look out for the term ‘auslese’ on a German wine label.

Recently I young Frenchman said to me, “Spanish white wines are not good”. Many Spanish wine drinkers will take offence by such a comment, this is another case of lack of knowledge. Had he tried a Godello or a dry Moscatel? Probably not, but I gave him some suggestions of wines to try so that in the future he would not make such silly comments.

Most of the time when asking for a glass of wine in a bar the only two options are Rioja or Ribera. Yet as I have written in a previous article, the wines are very different and those who like to state’ that one is better than the other are just wrong. The reality is that they are different, however, each of us will have a preference as to which we prefer most.

So my tip for the day is avoid making generalisations about wine and each time you taste a wine for the first time let the wine doing to the talking.

Ferrán Adrià - The Next Restaurant Revolution 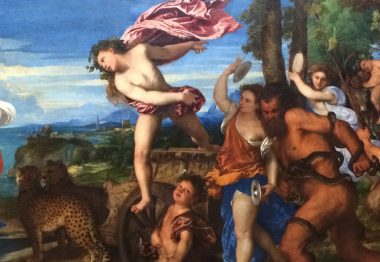