Australia’s bushfires have been burning out of control for over three months and the images of the destruction to life and property are graphical shown daily on the TV news. It is estimated that an area equivalente in size of Andalusia is ablaze and up to a third of vineyards in the prestigious Adelaide Hills region of South Australia home have been destroyed.

The risk of bushfires is a constant feature in Australia’s calendar, these are often triggered by natural causes such as lightning strikes. According to experts the changing climate is having an impact on the ferocity of the fires. This year has been much hotter for a much longer period than usual, last winter it rained much less than normal. Together this created the worst of conditions making the country’s fire season longer and much more dangerous.

In South Australia more than 60 vineyards and wineries have been damaged or completely destroyed. To put this in perspective, can you image wild fires hitting the vineyard areas of Valencia and destroying 60 wineries, it is a horrific thought. Many farmers in South Australia have lost everything and will struggle to recover. These are close knit farming communities and wineries, growers and businesses are rallying in support of one another.

One of the most high profile and prestigious wineries to have been badly affected is Henschke. I know their wines well as they are available in our wine shop. Five generations of the Henschke family have lived on their estate. As a result of the fires, they have lost some of the most valuable and picturesque vineyards in Australia. Now the vineyard owners have to wait and see if they can recuperate the vineyards.

In recent years wild fires have had a devastating impact in vineyards around the world. In Portugal, following a drought where in 2017 where source of the Douro River dried up for the time, fires burned out of control killing more than 60 people. In California, thousands of hectares were lost and many wines from that vintage suffered from ‘smoke taint’, caused by vineyards being engulfed by smoke which covers the waxy skins of grapes. This is particularly noticeable in red wines because the skins are left in contact with the juice to extract colour, tannin and flavour.

Vines are very environmentally sensitive and there are serious issues to be addressed by the most prestigious wine regions of the world. Global carbon emissions are causing a rise in temperatures, one of the consequences is more extreme weather patterns, which as any farmer will tell you can be catastrophic.

Over the next decade the greatest challenge facing winery’s, the global wine economy and ultimately wine drinkers, is that many regions desperately lack water. From Spain, to South Africa to Australia and California, rivers and reservoirs are drying up. Planting vineyards at higher altitudes and higher latitudes is a short term solutions. How to reduce the carbon emissions is a huge challenge. From the use of bottles to the how wine is transported and how energy is consumed at the wineries, and so forth.

Maybe in the future wine will become a luxury for the few rather than the drink the we know it today.

How Not to Sell Wine 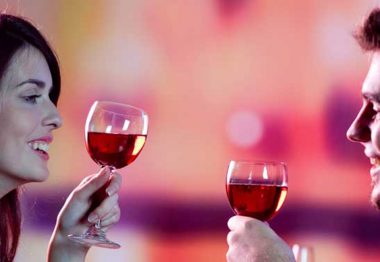 Is wine an aphrodisiac?