The Differences between Rioja and Ribera del Duero

I was recently asked what are the differences between Rioja and Ribera del Duero. They are often spoken of as if they are the same, however, while there are similarities, the wines from each region are different for several reasons.

Firstly, a brief background on each region. Rioja, located in La Rioja, Basque Country, and Navarra in northern Spain, has more than 60,000ha of vineyards, divided between three parts: Alavesa, Alta and Baja. The vineyards of the most northerly area of Rioja Alavesa are on hilly sites with a chalky, clay-limestone soil producing wines with more finesse and quality. while than those from Rioja Baja, where the soils are much more fertile producing higher volumes of more economically priced wines. One advantage of dividing the region into sub regions is that it makes it easier for consumers to know what to expect.

90% of the wines produced are reds and the key grape varieties are Tempranillo, which can be blended with, Garnacha, Graciano, Mazuelo and Viura. The large expanse of vineyards experience a range of weather patterns from continental to mediterranean with a cooling influence from the Atlantic resulting in hot summers, cold winters and a relatively high level of rainfall providing ideal conditions for a longer ripening period for the grapes. Generally, the climate in Rioja is not as extreme as Ribera del Duero.

While Rioja is the oldest ‘Denominaciones de Origen’ in Spain, Ribera del Duero only became a D.O. in 1982. It is to the south and west of Rioja with its heartland around Pesquera and Peñafiel in Castilla Leon. There are approximately 22,000ha. of vineyards, notable for their altitude lying between 800 – 850m. The climate is continental and dry, which together with he affect of altitude, results in a dramatice difference in daytime and night temperature. These more extreme conditions can also mean that there can be more variation between vintages than Rioja, so when preparing to buy an expensive bottle I suggest you check the vintage.

The main grape variety is Tempranillo, here it is known as Tinto Fino, which is often blended with Cabernet Sauvignon, Merlot and Malbec. Consequently the wines from Ribera tend to have a deeper colour, more tannins, more intense black fruit character, fuller bodied and with a higher level of alcohol, than those from Rioja, which have more red fruit aromas, strawberries and raspberries and flavours and are generally lighter and fresher.

Another factor that will influence the style of wine is the type and age of oak barrels, either American or French, newer barrels will impart more oaky flavours in the wines.

To discover if you prefer Rioja or Ribera arrange a tasting of Riojas and Riberas. Two young wines and two Reservas and taste the difference. 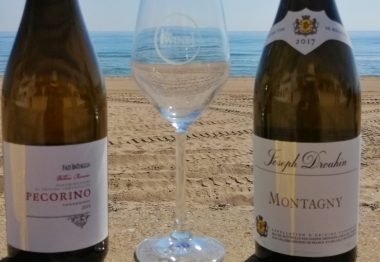