In the 18th century Fondillón from Alicante was one of the most famous and prestigious wines in the world, it was more highly valued than the wines of Sauternes, Sherry and Port. It was said to have been a favourite of Louis XIV of France and Elizabeth 1st of England and would have been on the menus of banquetes in other royal households. It was mentioned in the writings of Dumas’ The Count of Monte Cristo’ also Shakespeare and Dostoyevsky, where it is called Alicante, as it was also known. The demise of Fondillón was a result of the destruction of the vineyards by the phylloxera louse in the late 19th.

The name Fondillón comes from the Latin term ‘fondus’ or the bottom, which refers to the way the wine is aged using a solera type system, as is used in Jerez, where wine is drawn from one barrel and mixed with older from other barrels.

Fondillón is a unique semi sweet red wine made exclusively from over ripe Monastrell grapes grown in the region of Alicante. Monastrell thrives in the hot, arid conditions found in the interior of Alicante that continue into the autumn making it possible for grapes to over mature, which results in a higher concentration of natural sugar and intensity of flavours.

This is important because Fondillón is required to have at least 16% volume of alcohol. Unlike Sherry and Port, which are fortified by the addition of alcohol, this is achieved due to the naturally high level of sugar which is converted to alcohol during fermentation. The natural yeasts that cause the fermentation die when the level of alcohol goes above 16%-18% at which point there is still some natural sugar left in the wine which gives Fondillón is semi sweet or sweet style.

The wines are aged in large, old oak barrels for at least ten years, using the same solera method as used to make Sherry, where wines from different vintages are mixed together to ensure a uniformity of style. This makes it an expensive wine to make, if you consider that it has to be aged for at least 10 years before being released. However, in many cases these wines are aged for decades. The size of the barrels, up to 1200L in comparison to a normal barrel for wine that holds 225L, and length of time are crucial for the wine to evolve and develop its deep amber colour and rich, complex aromas and flavours of dried fruits, spices and nuts.

Prior to the arrival of phylloxera there were more than 4000 wineries of sorts spread all over Alicante. The was a boom period for wines from Alicante as it was one of the few places in Europe still making wine, while throughout France and northern Spain the vineyards had been destroyed. However, when phylloxera did finally arrive at the end of the nineteenth century, the damage was severe with more than 100,000 hectares of vineyards destroyed and the production of Fondillón never recovered.

Most wineries did not survive and it took a long time for the region’s vineyards to recover. By 1930 only 70ha were back in full production. In the decades following the end of the Spanish civil war production increased around the area of Vinalopó, but later in 1970’s tourism started to thrive and it was much more profitable to sell the land for construction of houses than plant vineyards.

Fondillón was all but forgotten, however, it is enjoying a revival in demand and being discovered for the first time by wine lovers around the world. Eladio Martín, Managing Director of the DOP Alicante told me that today there are ten wineries certified by the DO as producers of Fondillón. I was fascinated that there is Fondillón produced from a solera system that has been in continuous production since 1892, ‘Gran Fondillón El Abuelo’ from Bodegas Primitivo Quiles.

Fondillón from Alicante is one Europe’s most historic wines and should be on your list of ‘wines I have to drink before I die’. 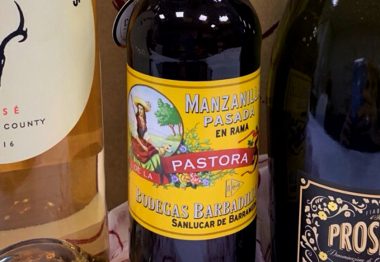