There is a new generation of grape growers around the world making wines in their garages, hence the name Garage Wines. Traditionally small growers sell their grapes to a local winery or cooperative, where they have the facilities to make and store wine. This trend of small scale, artisan, handmade wines has created an opportunity for many indigenous grapes, that may not be economically interesting to a large winery, to be rediscovered.

I recently visited one such operation in Quintanar de la Orden in La Mancha. This is deep Spain, Don Quixote country, where grape growing in one of the main sources of income for farmers who sell their grapes to town’s cooperative, which has a capacity for a staggering 40 million litres of wine. Two cousins Jesús Toledo y Julián Ajenjo, had a dream of making wines from indigenous grapes from their family’s and friends vineyards. Jesus is a fifth generation viticultor and the winemaker, while Julian manages the financial side of the business. Their first vintage was in 2015 when they crushed 1000kg. 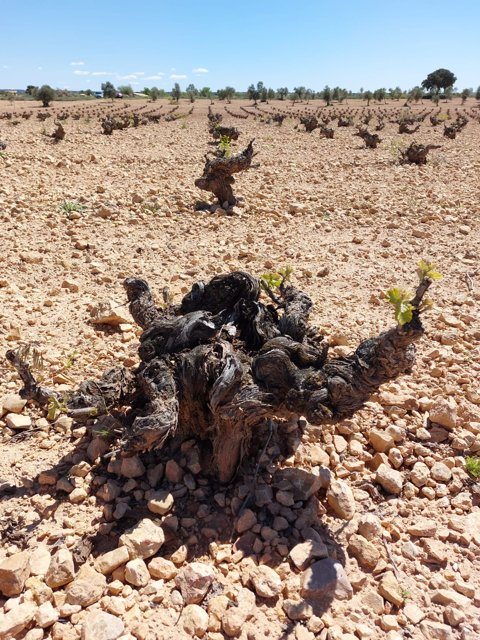 I came across their wines on social media about a year ago and was initially impressed by the cool packaging. I also thought that trying to sell premium quality wine from La Mancha, with a reputation as a producer of huge volumes of bulk wine, would be a huge challenge. After tasting the samples they sent to me I wanted to find out more.

Jesus explained that they had 9 vineyards with a total of between 10 and 12 hectares. Their vineyards are planted with grapes many of which I was not familiar with, such as Brujidera, Tinto Velasco, Tinto de la Pámpana Blanca and Verdoncho, as well as better known varietals, Cencibel, Garnacha Tintorera and Airen.

One of the secrets to making good wine is to know and understand the potential that each plot has in terms of growing grapes that make wines with a distinctive character. We visited ‘Alto Losar’, a 0,5 ha vineyard planted around 1940 with Airen vines. There was a sea of vineyards all around, but Jesus explained that the ownership was fragmented and that most grapes would go to the local cooperative. Airen is the most widely planted white grape in Spain, known for its high yields and suitable for bulk wine. It is not known for making wine with character. However, Jesus and Julian manage their vineyards differently from their neighbours, particularly when it came to the lower yields. I was surprised by the complexity of their Airen, it had a lemony character with dried herbs.

We then visited another small vineyard planted with 0,6ha of Brujidera grapes. Jesus told me that this vineyard was originally classified as Garnacha. However, having worked with Garnacha in Aragon for several years he knew that whatever they were, these vines were not Garnacha. With the help of Vitis Navarra, a well known nursery for vines, it was established that the grape variety was Brujidera, which on further investigation is only planted on this vineyard and one other. While the vineyard had paperwork dated from the 1980’s Jesus thinks that the given some of the roots can reach a deep as 50m, some of these plants are around 100 years old. 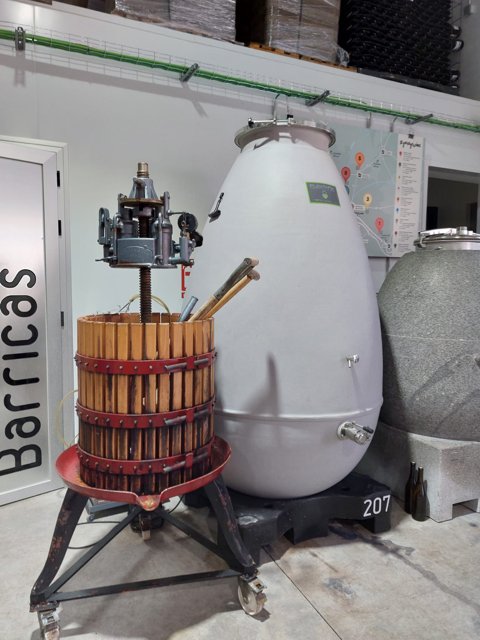 Interestingly for a grape that has quite a thick, tough skin, the wine is quite pale in colour, with moderate tannins, more like a Pinot Noir, and with a surprisingly notable acidity, which you would not expect for a wine from such a hot climate.

We then visited their experimental vineyards where they have 4 hectares planted Albillo Mayor, Tinto Fragoso, Malvar, Moscato Serrano and Garnacha At this stage they don’t know which of these varieties will work best but their commitment to making this investment is to be commended.

We discussed climate change and how viticultural techniques were changing to cope with the changes, also the choice of grapes to be planted. However, a more immediate problem is the plague of rabbits that is challenging the survival of these young vines. With few natural predators and restrictions in means to get rid of them it is a real worry for the growers.

Vintage time is a family affair with parents, brothers and cousins helping to pick the grapes. Back at the garage, everything from the pressing of the grapes to sticking the labels onto the bottles was a manual, time consuming exercise. The fact that they make, bottle and store 10 different wines indicated that it was a very well organised operation.

Julian was very clear they did not want to owe money to the bank and they would grow the business slowly, reinvesting any profit. Each year one new piece of equipment is added, such as the granite egg tank to ferment the reds. Last year they made 15000 bottles, all sold out by early summer, with the long term objective to reach 30,000 bottles.

In terms of marketing their attention to detail on labels, cases, product sheets and social media is impressive. They understand how important it is to clearly communicate to reach a wider audience. 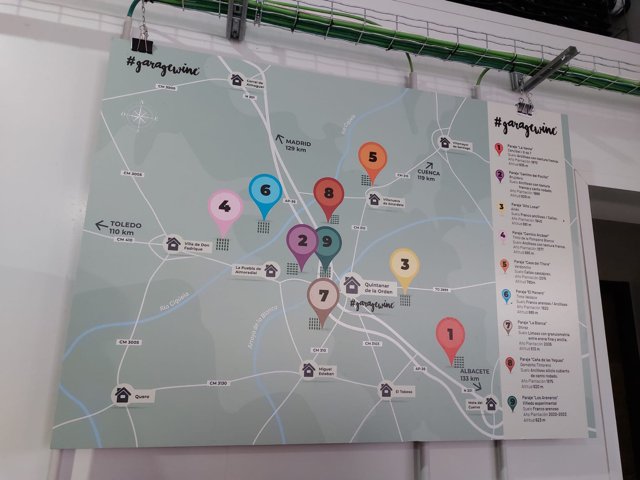 At lunch the barbecued lamb chops went particularly well with the Cencibel 6 de 7 and the Tinto Velasco. I also enjoyed their Orange wine made from Veroncho. I am generally not a fan of Orange wines but this wine was well made and nicely balanced.

I expect to see Garage Wines succeed because their wines are good and the cousins have a clear vision of where there are going. I look forward to drinking more of their wines. 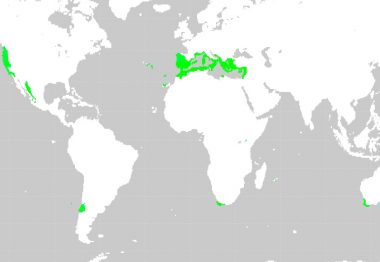