The vineyards of Jumilla are scattered between the provinces of Murcia and Albacete, with Almansa to the north, Yecla and Alicante to the east and Bullas to the south. There are around 19,000 hectares of vineyards, compared with 13,000 hectares in the Valencia and 65,000 hectares in Rioja. It is a sparse, rugged region with vast swathes of flatlands surrounded by mountains. The climate is extreme with long, cold winters with temperatures below zero and hot summers, with daytime temperatures often reaching over 40ºC that can drop to 15ºC at night. Jumilla is one of the driest region in Spain, with an average of only 20 days of rain a year.

Agriculture and particularly vineyards have a major influence on the economy of Jumilla. One grape variety dominates and that is Monastrell, which represents 80% of the vineyards in the region. It is ideally suited to the hot, sun soaked summers and can adapt to different soil types. Importantly it buds late and has the capacity to recover from Spring frosts, of which there is a high risk in the continental climate of Jumilla. Monastrell is popular with growers because it is resilient to extreme conditions, it has a thick skin and is resistant to disease and drought.

Monastrell produces wines with deep purple colour, aromas of black fruits and spices and are full bodied. It is often used as a blending component bringing colour, tannins, black fruits and spice. In the world of wine there are several classic blends or marriages of grapes, the most well known is the Bordeaux blend of Cabernet Sauvignon, Merlot and Petit Verdot. Another is ‘GSM’, a blend of Garnacha, Syrah and Monastrell. The three grapes produce wines that have the characteristics of each grape and together make a harmonious blend.

When you see the term ‘pie franco’ on the label of a wine from Jumilla, it means that the grapes have been grown on vines that have not been grafted onto American rootstock. In the latter part of the 19th century a tiny louse called Phylloxera wiped out vineyards across the globe, it was the vine equivalent of Covid 19. Only American rootstocks were resistant, therefore today nearly all vineyards around the world are planted with them. However, in Jumilla there are probably more vineyards than anywhere else that were not grafted, due to a higher level of sand and drought, conditions in which the Phylloxera cannot survive. Many growers did not uproot their vines and today these old vines survive producing premium quality Monastrell wines.

Monastrell is a truly Mediterranean grape and beyond the borders of Jumilla not surprisingly you can find it in Alicante, Yecla and Valencia. In fact it is the third most planted grape variety in Spain. In France it is widely planted in the Languedoc and southern Rhone, where it is known as Mourvèdre, named after the town of Murviedro, which today is called Sagunto, and is considered by many to be the home of this grape. Like many grapes there is a disagreement as to whether Monastrell and Mouvedre are the same but suffice to say they have a lot in common. Outside of France it is widely planted in Australia, where it is known as Mataro, and in the USA.

In the DO Jumilla there are less than 50 wineries. It is a region of contrasts in terms of scale of production and quality of wines. Notable among the key players are Bodegas San Isidro a cooperative founded in 1934, which controls more than 3500 hectares. In fact they are the largest producer of wines from ‘pie franco’ vineyards in the world. While they produce wines all over Spain, the Juan Gil group of wineries are based in Jumilla. One of their wines Nido is recognised by many as one of the best Monastrell on the market. Bodegas Casa Castillo is another winery making excellent wines and who’s wines are highly sought after. Outside of the DO Jumilla there are other wineries, notably Casa Rojo who present their wines as IGT Vino de la Tierra de Murcia.

Jumilla is without doubt a region to discover. One grape dominates and in the hand of dedicated growers and winemakers some of the best examples of wines made from Monastrell on the planet come from this corner of north eastern Murcia. 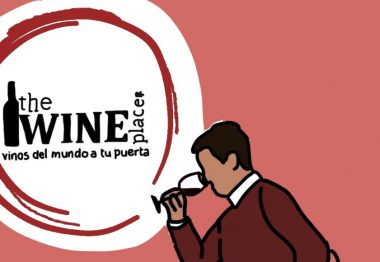