If you are planning to stay closer to home this summer there are many places to discover and enjoy on day trips. Earlier this week I visited the Cooperativa de Viver, which is about a 45 minute drive from the centre of Valencia in the hills of Alto Palancia in Castellon.

We tend to think of cooperatives as being large production plants for agricultural products such as wine, olive oil and fruit. However, there are all sizes and types of cooperatives and the Cooperativa de Viver is a medium sized operation with 505 growers and around 1500ha of land growing a with a wide range of products including olives, grapes, walnuts, almonds as well as some stone fruits like cherries and their own ingenious variety of apple called Esperiega, which I had never heard of, as well as hives for honey.

In this hills surrounding Viver there is an indigenous olive variety called Serrana del Palencia which produces olive oil with citrus aromas and is very smooth. Lagrima Extra Virgin Olive Oil is one of the most widely distributed brands in the region of Valencia and it comes from the Cooperativa de Viver. The success of Lagrima is impressive in such a competitive market.

The production of wine has played a secondary role to olive oil. The current range of wines are mostly made from international grape varieties. However, Fernando Marco, Managing Director of the Cooperative, told me of their plan to reintroduce indigenous varieties such as Morenillo, Mondragón, Pampolat de Sagunt, which generations ago were grown in the region but were mostly lost following the destruction caused by phylloxera at the beginning of the twentieth century.

Nicolás García de los Salmones (1865 – 1942) was and agricultural engineer and writer and wrote about these grapes and their existence in the surrounding countryside near to Viver up to Morella down to Sagunto and inland to Chelva. He noted, for example that the Mondragón grape was resistant to oidium, a fungus which can cause serious damage to the crop. Meanwhile the Pampolat de Sagunt ripened late and

I look forward to seeing how this project evolves in the year to come. The tendency in the world of wine is to make wines with character and where possible with indigenous grape varieties that reflecting the place where they are grown.

The cooperative network here is Spain is hugely influential. Reforms are necessary to make these businesses more effectively and competitive both nationally and internationally. However, changes of any kind are usually met with resistance given that a cooperative is not like a normal company, it is often the focal point of the local community.

It was encouraging to see how this cooperative has diversified from their core agricultural products by opening several Charter convenience stores. This is interesting because it is a collaboration between cooperatives from different sectors, Charter being part of the supermarket chain Consum, which itself is a cooperative.

Having these convenience stores also provides a service for the members of the cooperative and the local community. The profits from these stores go to towards covering the overheads of running the winery and almazara. There are also plans to build on the success of the Lagrima olive oil brand with direct to consumer marketing as well as new developing new products in their range of cosmetics made from olive oil and maybe wines will be bottled under the same label. These are all encouraging signs of a forward thinking cooperative adapting to the changing consumer trends. 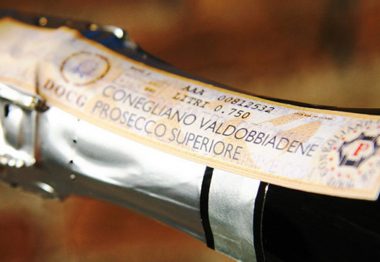