Getting to know Cabernet Sauvignon

Cabernet Sauvignon is the most recognisable and popular red grape in the world. Many of most elegant and most sought after wines are made from this iconic grape. Its home is Bordeaux in France and as recently as 1996 studies showed that its parents are Cabernet Franc and, somewhat surprisingly the white grape Sauvignon Blanc.

What are the characteristics that make Cabernet Sauvignon stand out from other grape varieties?

Firstly the colour, a deep purply, black when young and garnet when mature. Notable for its aromas and flavour of blackcurrant, black cherries, cedar wood, and cigar box. It is full bodied with high levels of tannins and acidity, which is the backbone of the wine. When young top Cabernets are firm and closed, they need time, many years, to mature and soften before reaching their prime.

Cabernet Sauvignon is nearly always blended with other grapes with the Bordeaux blend being the most well known example. Cabernet Sauvignon is the base to which Merlot is added, to soften the firm young tannins, and Cabernet Franc, for its aromas, together with Petit Verdot and sometimes Malbec.

The style of wine made by Cabernet Sauvignon will depend on where it is grown and on the vintage. Bordeaux is a region that provides a long, warm growing season ideal for the late ripening Cabernet. However, vintages do vary and in cooler years the wines can be astringent. Outside of Bordeaux Napa Valley in California produces the finest Cabernet wines. We think of California as being hot, however, Napa Valley has a particular microclimate that makes it eat suitable to ripen Cabernet Sauvignon

After Bordeaux and Napa maybe Tuscany is probably the third top region for Cabernet Sauvignon, where it is blended with Sangiovese. Other regions for Cabernet are Coonawarra and Langhorne Creek, where it is blended with Shiraz, in South Australia, relatively cool regions producing powerful wines known for their expressive blackcurrant aromas. The Maipo and Colchagua Valleys in Chile, Hawkes Bay in New Zealand, Washington in the USA and Stellenbosch in South Africa, a warmer region and the wines have a more savoury character.

In Spain Cabernet Sauvignon is one of the most widely planted red grape varieties. It tends to be blended with Tempranillo with the best wines coming from Penedés, Ribera del Duero and Navarra.

When it comes to food, Cabernet Sauvignon has the depth of flavours, body and acidity to make it a great food wine particularly full flavoured dishes such as peppered steak, grilled meats and also a wide range of strong cheeses.

How much does a top Cabernet cost? The sky is the limit when it comes to the most sought after wines. Recently the new vintage of the cult classic Screaming Eagle from Napa was released to mailing list members at $1,050 per bottle. The maximum order is 3 bottles and the waiting list to join the mailing list is years. The top Bordeaux wines from the Medoc, whose prestigious sub regions are Pauillac, Saint-Julien, Saint–Estephe, Margaux and Pessac-Leognan were first classified in1855, can fetch thousands of euros per bottle! For everyday Cabernet Sauvignon I would recommend Chile, where some of the best value for money Cabernets are produced. 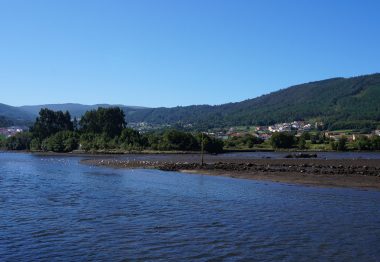