Next week I will be participating in an event where I will be talking about wines in Ancient Rome, a very significant period in the history of wine.

Wine was an essential part of daily life, it was ubiquitous and available to all from the slaves to the emperors. At the high point of the empire it was estimated that in Rome that consumption was equivalent to a litre of wine per day per citizen. Wine was often mixed with water because it was a way to purify and improve the taste of the water. To ensure that there was a steady supply viticulture and wine production spread to every part of the empire. In fact many of the techniques developed by the Romans are still used in modern winemaking.

Prior to the eruption of Mount Vesuvius in 79AD, Pompeii was an important centre for wine where many of the frescos depict the worship of Bacchus the god of wine. There is evidence widespread use of clay Amphoras for fermentation, storage and travel. In fact these amphoras, with marking of local merchants from Pompeii, were found throughout Spain and as far north as England.

One of the lasting legacies of the ancient Roman empire was the viticultural development of conquered land, many of which would become some of the most famous wine regions in the world today, from Bordeaux to the Mosel in Germany. In Spain during the reign of Caesar Augustas vineyards were planted from all over the country. The road networks developed by Romans meant that Spanish wines were transported to Rome and supply the Roman armies further north, wine from Rioja was sold in Bordeaux before the region started to produce its own wine.

A Roman senator, Marcus Porcius Cato, wrote extensively on winemaking, fermentation, grape varieties, different types of trellising, pruning and yields to make better quality wines. Prior to the developments vines were quite wild but as their importance grew, studies found better ways to control production and improve techniques to make better wines and very importantly find ways to avoid oxidations where the wine eventually turns to vinegar. Cato advised that even the slaves should have a weekly ration of 5 litres for their wellbeing.

As in much of the ancient world sweet, quite alcoholic, white wine was the most highly regarded style. The Romans were the first to distinguish between older and younger vintages, which effected the price and the importance of the vintage. Wines were often flavoured with herbs and spices, similar to the Vermouth of today. Another popular drink was ‘mulsum’, made of four measures of wine and one of honey.

It is thought that wine formed part of an energy drink for ancient Roman gladiators and soldiers. It was said to have performance-enhancing abilities. These drinks were enriched calcium, we know this because it has has been found in large amounts in bones found from the period.

Wine had religious, think of Jesus turning water into wine, medicinal, it was believed that wine could both heal and harm, social and culinary roles. You In the 2nd century BC the diet became more bread based and drier which increased the importance of drinking wine.

The sommeliers of their time were known as Haustores, who were in charge of selecting the wines for the noble clases and ensuring the wines were not poisoned, a popular way of killing rivals. Finally, the Romans even wrote about to the cure hangovers, the philosopher Pliny the elder suggested eating a fried canary or the raw egg of an owl. So now you know what to do next time you overindulge!

What are Aromatic Wines

The Differences between Rioja and Ribera del Duero 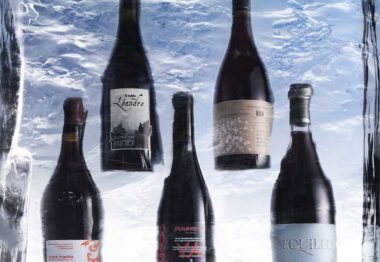