If Austria is known at all for its wines it is for the whites. However, there are some excellent reds with Zweigelt being the most planted red wine grape. It was created by Austrian agricultural scientist, Dr Friederich ‘Fritz’ Zweigelt (1888-1964) in the 1920’s and is a cross between two indigenous Austrian grapes Blaufränkisch and St. Laurent.

The wines tend to be light to medium bodied, smooth and fruity with flavours of cherry, raspberry and black pepper and sweet spices. They have a freshness making them ideal for summer served chilled and they go beautifully with a wide range of dishes seafood to red meats. To compare it to another grape, the closest equivalent is a Pinot Noir or a Barbera from the Piedmont. Here is Spain it would be a young Mencia from Bierzo.

Not only does this grape have to overcome the obstacle of pronunciation, there is another issue that is dividing wine producers in its native Austria.

Dr Zweigelt was a well known scientist who specialised in vines and vineyards and had a huge impact on the development and improvement of the Austrian wine industry. However, he was also a keen and active member of the Nazi Party.

The details surrounding Dr Zweigelt’s Nazi past form part of an investigation by the Austrian Wine Marketing Board, in response to a campaign to change the name of the grape. Following the Second World Ward he was arrested by the Russians and following court proceedings against him in 1948 it was concluded that he had not used his position for his own personal benefit so he was freed.

Interestingly during the years of Nazi rule wine was considered a cultural asset, like fine art, to be seized and protected. Also, Nazi agriculturalists were producers of natural and organic wines and strongly supported biodynamic practises in all forms of agriculture. Which seems strange because at the same time they we carrying out the mass execution of millions of Jews.

In an article written by the journalist Leah Rosenweig she notes that for the 1936 Berlin Olympics the athletic fields were treated biodynamically without the use of any artificial fertilisers or pesticides.

The grape Zweigelt was originally called Rotburger, which does not sound great, but it was the influence of Lenz Moser, one of Austria’s leading producers and friend of Zweigelt who pushed for grape to be named after its creator on his 70th birthday, in recognition for his contribution to the Austrian wine industry.

Today many of the new generation of Austrian winemakers are reflecting on their countries history and the use of name Zweigelt. No-one questions the important influence of his work to improve Austrian viticultural practices. However, opinions differ as to whether one of the countries most popular grapes should continue to bear his name. Some believe that by changing the name it would just cover up the past and that times have moved it. Other prefer to use the name ‘rotburger’ on their labels.

How it will all end is still to be determined. Many grapes have different synonyms but none are quite as contentious as Zweigelt.

The International Success of Tempranillo 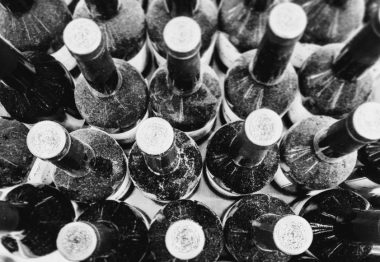