The International Success of Tempranillo

Beyond Spain’s borders Tempranillo it is becoming very popular with viticulturists and winemakers around the world. It adapts well to the different soils and micro climates to produce wines that are distinctive yet distinctly Tempranillo. It can be used to make single varietal wines and play an important role when blended with other grape varieties.

Tempranillo is the diminutive of ‘temprano’ meaning ‘early’, because it ripens earlier than most other Spanish grape varieties. Just to make it easy for all you wine enthusiasts, it has many other names, I read that there are more than 60!, such as Cencibel, Tinto Fino, Tinto Madrid, Grenache de Logrono, Tinto de La Rioja, Tinto de Toro, Jacivera, Tempranilla, Ull de Llebre, Tinto de Santiago.

Closest to home and not surprisingly, in Portugal where it is known as Tinta Roriz or Aragonez, it is widely planted and is one of the main components to make Port and table wines from the Douro Valley.

In California, where it is also known as Valdepeñas, some years ago Gallo, the largest winery group in the world, introduced Tempranillo ‘made in America’ to the US market. In Northern California’s Napa Valley and Sonoma as well as in the States of Oregon and Washington, it is also possible good quality Tempranillo.

Tempranillo is also planted in the Languedoc region of Southern France and is blended with other wines to add red berry fruit character and colour.

Australian winemakers are keen on Tempranillo, particularly in South Australia, notably in Barrosa Valley, McLaren Vale and Victoria. Not unlike the Rioja, McLaren Vale has a climate dominated by warm days and cooler nights from the sea breeze influence of the nearby Gulf of St Vincent.

The growing international success of Australian Tempranillo will create a wider audience and more interest for Spain’s most important grape. In fact for many consumers the first Tempranillo they will every drink will be Australian.

Spanish immigrants to Argentina planted Tempranillo and it has flourished producing very good wines in most regions, particularly Mendoza and San Juan.

Other countries where wines are made from Tempranillo include Mexico, New Zealand, South Africa, Lebanon, where in the Bekka Valley the Madrileño winemaker Gabriel Rivero has been making excellent wines for many years at the Ixsir winery.

The style of wine made from Tempranillo depends on where the grape is grown. A continental climate combined with cooler high altitudes sites seems to bring out the variety’s best, conditions suitable for an early ripening grape variety together with the skill of the winemaker and the use of oak barrels to age the wines.

A good quality traditional Spanish Rioja could be described as being medium to full bodied with aromas and flavours of leather, cherries, tobacco and spice, with a hint of earthiness. Meanwhile a Tempranillo from a New World region such as Argentina, USA or Australia will tend to have more pronounced dark red fruit flavours and be fuller bodied with chunkier tannins.

Tempranillo is a very versatile food wine, in addition to tapas and Spanish cuisines, it goes well with a wide range of dishes from savoury to lightly spicy, as well as barbecues and pizza.

So don’t be surprised when on you next trip abroad, whenever that may be, you find Tempranillo from another country. 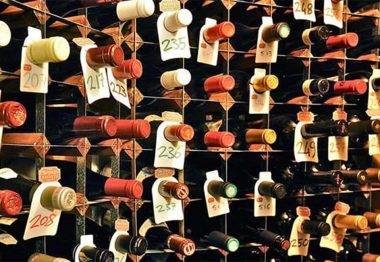 How are the wines chosen for TheWinePlace.es?