As part of my daily routine during lockdown I have been reading my old wine books, many of which I have not looked at since the time I was studying for wine exams. I am currently reading ‘Sherry’ (Jerez) by Julian Jeffs. It was originally published in 1961 and is considered by many to be the definitive history, description and appreciation of the wines of Jerez. I met the writer on several occasions at wine events in London, it was fascinating to listen to him, his knowledge of the history Jerez was incredible.

The town of Jerez was probably founded by the Pheonicians, who landed in Cadiz around 1100 BC. They moved inland to escape from the Levante wind, which drove people mad. For anyone who has spent time in the region, when the hot Levante winds blows for days on end it is miserable. It was probably the Greeks who brought the first vines to Jerez around sixth or fifth century BC. The first real indication of wine being produced on a large scale was when the Romans arrived. In fact Jerez wine became so popular back in Rome that local Italian growers could not compete with the competition so in AD92 the emperor Domitian ordered that the vineyards in Spain be cut down. However, it does not appear that this was enforced because the Romans living in Hispania liked the wines of Jerez.

There followed centuries of wars and changing rulers. Curiously during the rule of the Moors the cultivation of grapes to make wine was allowed, although it subject to an excise tax. History shows that many of Moors, contrary to the religion, drank wine. It is said that Al Motamid, known as ‘the poet king’, the last Moorish king of Seville was famous for his love of wine.

In the latter part of the thirteenth century when the Christians drive the Moors from power. Throughout the following centuries the wines of Jerez became more important as trade developed. In the latter part of the fifteen century, following the decline of Venice as the pivotal trading point between the east and the newly discovered Americas, was the start of a golden period of the export of Spanish wine through the ports of Puerto de Sant Maria and Sanlucar. In fact when Magellan set out to circumnavigate the world he spent more on Sherry than on weapons. It is also safe to say that the first wine to enter the USA was sherry.

During the sixteenth century the trade between Jerez and England grew, although there are records of trade with the English stretching back to the fourteenth century. English, Irish and French traders settled in Jerez to develop new trading routes around the world. Shakespeare and other writers of the time wrote about Sherry Sack. The origin of the word ‘sack’ is probably taken from the Spanish verb ‘sacar’ meaning to take out. Although it could also be derived from the style of the wine which is dry and in Spanish the word for dry is ‘seco’. However, back then wines tended to be sweeter. So who knows for sure! There is a famous sherry from Williams & Humbert, still widely available today called ‘Dry Sack’.

Many of the famous Sherry houses take their names from descendants of the early immigrants. Williams & Humbert (English), Sandeman (Scottish) , Domecq (French), Croft (English), Garvey, Harvey etc. . In fact one of earliest wineries was owned by an Irishman call O’Neale. In the early part of the 18th century his family has escaped persecution by the English, as many others did, and ended up in Jerez. It is amusing for me when I am in Jerez because my surname is well known in that part of the world.

Sherry enjoyed a major boom during the second half of the nineteenth century. During the good years, the success of Sherry led to a proliferation of inferior quality wines from other countries by with the same name. One example was ‘Hamburg Sherry’ from Germany made from molasses, alcohol, distilled from potatoes and water. Horrible stuff but it was cheap. At the same time many Sherry producers in Jerez took advantage of the success of Sherry to increase production at the cost of maintaining the high quality on which the reputation of the wine was established. Consequently the reputation and sales of Sherry suffered.

At the beginning of the twentieth century phylloxera destroyed the vineyards, so followed years of desolation. It wasn’t until the 1930’s until Sherry received a new lease of life by becoming a popular drink in cocktail parties. It was in the 1970’s and 80’s when the Sherry once again was to be found on every restaurant list, in every bar and in every wine store in many countries around the world. Then fashioned changed, a new generation of wine drinkers wanted other beverages so yet again there was the slow decline in the consumption of Sherry.

Sherry continues to be one of the wines of the world today. It is seeing a revival of premium quality wines from many of the old houses that are still trading to this day.

What is the Most Aromatic Grape? 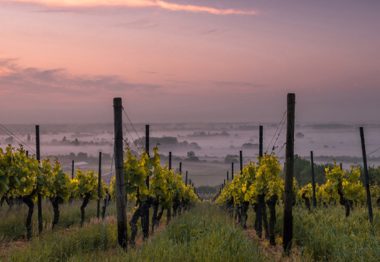