Spain is a country of many contrasts, no more so than in the world of wine. On a recent visit to the North I visited wineries that showed the extremes of how wine is made and marketed.

There is a saying, ’If you want to make a fortune in wine you need to start with a much bigger fortune’.  That is certainly the case of the first winery I visited, Abadía Retuerta in Sardón de Duero, which is located on the western border of Ribera del Duero and is owned by Novartis, a multinational Swiss based pharmaceutical company.  A small fortune has been spent on this facility in the last 20 years.  The 12th century Abbey has been turned into a 5* luxury hotel including a Michelin starred restaurant for guests.

In 1982 when the D.O. Ribera del Duero was established the villages of the region had to pay a contribution towards the financing the new organisation.  At that time the village of Sardón de Duero decided not to contribute as they did not have any vineyards.  Consequently when the first vineyards were planted on the estate of Abadía Retuerta they were not included in the DO Ribera del Duero, although the growing conditions are similar.

We were driven around the estate by Francisco whose knowledge of the vineyards made the visit a real pleasure. The 200 ha. of vineyards are planted with a wide variety of grapes, the main ones being Tempranillo, Cabernet Sauvignon and Shiraz.  The grapes from each site are picked and fermented separately. Following a period of ageing, the wines are either blended or bottled as a wine from a single vineyard.

The winery is stunning, beautifully designed and lacking for nothing. The grapes are fed by gravity using industrial size cranes into the fermenting tanks and then down to the barrel cellar below, they even have their own type of barrel the design of which is patented. The idea is to handle the grapes and wines as gently as possible to make wines that are smooth with no hard edges. 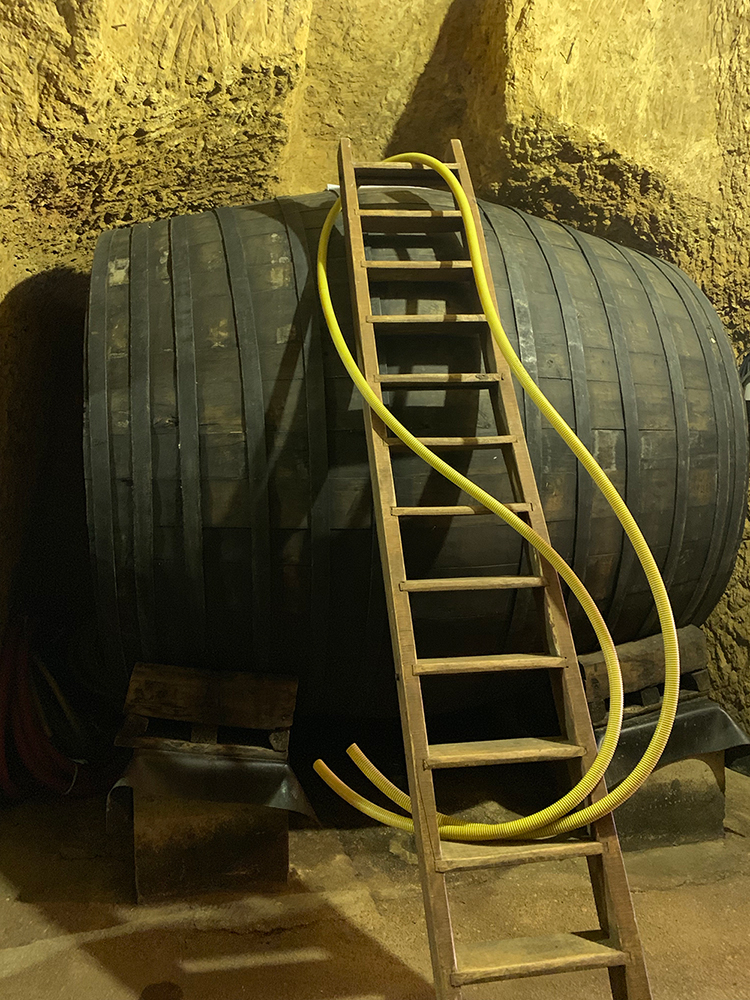 The next port of call was in Leon in the village of Pajares de Los Oteros.  ‘Oteros’ is the local name given to the small hills that are dotted all over the landscape.  When driving through the countryside in Leon  you will notice small caves built into these hillside with chimneys peaking out from the land.  These were wineries dating back hundreds of years. Nowadays many are abandoned or used for storage. It was here that I visited Asturleonesa de Vinos a tiny artesenal winery.  The cave had been chiselled out of the hillside by hand, with the markings still clearly visible on the walls.  Inside I found José and his colleague preparing the semi automatic bottling line, a slow laborious task.

They have 15ha of vineyards and the local grape variety is Prieto Picudo, a grape that is very tannic and quite acidic.  The grapes are picked by hand and fermented in large oak tanks that are quite old.  Deep inside the winery / cave it was cold but the temperature was constant throughout the year. The grape must is fermented using wild yeasts that are found in the vineyard and in the winery, there is no temperature controlled stainless steel, these wines are made in the same way as they have been for many generations.

The two wines I tasted, a red and rosé both 100% Prieto Picudo, were full bodied, rustic and had a certain charm, the rose was preferable to the red.

Every winery has a story, when you find a wine you like take time to find out more.

Planning your Vacation with Wine 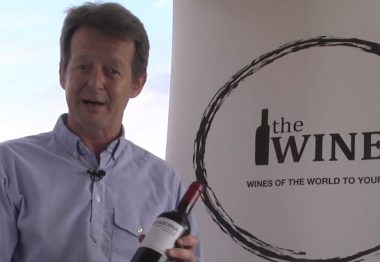 Does the temperature affect the aromas and flavours in wine?