Among the most iconic wines of the world, Petrus is probably the most well known. Today its wines are the most expensive in Bordeaux yet it wasn’t always this way. So what makes Petrus such an iconic wine?

The oldest records of Petrus go back to the mid 1750’s. The Romans gave this plateau on which the estate’s vines now grow the name Petrus, which means stone or rock. During the summer, the clay soil dries and becomes as hard as stone.

Over the centuries the winery has changed hands many times but in the latter part of the twentieth century the Moueix family, who own other wineries and one of the most exclusive wine distributors in Bordeaux, became the owners. More recently in 2015, Alejandro Santo Domingo, a wealthy Colombian businessman, bought 20% of the shares for a reported €200 million, valuing the winery at €1 billion.

Petrus is in Pomerol, alongside St Emilion, on the right bank of the River Dordogne. It is small estate with just 11,5 ha of vineyards planted only with Merlot. The other great Bordeaux estates, Margaux, Lafite, Haut Brion, Rothschild, etc., are on the left bank of the rivers and are made mostly with Cabernet Sauvignon, making them very different in flavour and style.

The soils of Petrus are unique for their deep, dark blue clay. In fact this type of clay does not exist anywhere else in the world. The vineyards are on a plateau so over time the clay has become very hard packed unlike vineyards on slopes where the clay erodes and falls down the slopes.

Jean-Claude Berrouet was the winemaker at Petrus for decades until 2008 when he handed the role to his son Oliver. This has been a key factor in maintaining the house style of the wine.

The fermentation takes place in temperature controlled concrete tanks. When complete the wines from the different vineyard plots are blended and then aged for 22-28 months in mostly new French oak barrels.

Unlike other wineries there is only one wine produced at Petrus with between 15,000 and 30,000 bottles being made each year. Where the other grape and wines go is a well kept secret. If the vintage is not good enough then no wine will be bottled at Petrus.

Petrus was not always considered one of the top wines. It was in the 1950’s and 60’s that it gained popularity in the US where it was President Kennedy’s favourite wine. In the 1970’s it was still not considered a top wine like the First Growths from the Left Bank. However, its reputation received a huge boost when the 1982 vintage was given a very high score by Robert Parker, remember him, since then it has become one of the superstar wines.

Today a bottle of the 1982 costs around €6500. You must be careful when buying Petrus, there are more counterfeits of this wine than any other.

Petrus is a very rich, powerful wine, that needs a decade or two in bottle before it is ready to drink. However, the wines from the very greatest years will continue improving for many more years. 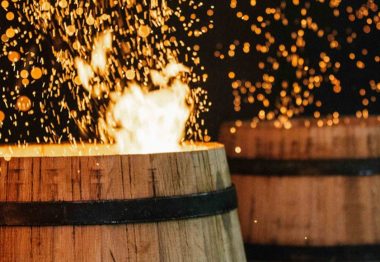