On a recent trip to Galicia I passed Bodegas Gerardo Mendez, in the town of Meaño and decided to call. It was a warm, sunny morning and Gerardo Mendez, with his healthy complexion and a broad smile, was working in the vineyards beside their impressively solid granite house. We were joined by his son Manuel who was going to show me around the estate.

The Galicia wine region is divided into five sub regions or DO’s: Rías Baixas, Ribeiro, Valdeorras, Ribeira Sacra, Monterrei. Bodegas Gerardo Mendez is in Rías Baixas, where the wines are made from 100% Albariño. It is in the Val Do Salnés, where many of the most prestigious wineries are located, is divided into five valleys each with their own microclimate influenced by the warmer and wetter winds from the south and the cooler breezes from the north.

Manuel told me that they had 13,5 hectares of vineyards, divided into 165 different plots, the largest being 1,5ha. and the smallest just 30m2. Managing such a fragmented network of vineyards require a phenomenal amount of work.

It is traditional in this region to use the pergola or parra training system where the vines are to a height of around 1,8m and create a mat of vines and leaves with the bunches of grapes hanging below. All the work in the vineyards is done by hand from the pruning to the harvesting. We joked that after spending a vintage picking and a winter pruning they must have shoulders like rugby players from working with the arms in the air for so many hours.

As we stood looking out over a valley of vineyards and cornfields down the ría in the distance, I was fascinated as he explained how many types of soils there were; sand, granite, slate, oxidised slate, clay, schist all within the same vicinity. The effect of the type of soil on the style of wine is complex suffice to say that each plot and microclimate produce distinctive styles of wine.

Albariño has exploded in popularity in recent years but I often find the wines too acidic and lacking clean, fruit flavour. The cool, wet climate makes it a challenge to make Albariño with a good balance of fruit and acidity. Manuel said that to make wines that are balanced the key is to control the vineyards yields. The D.O. Rías Baixas allows a grower can pick 12000kg per hectare, in their vineyards they pick a maximum of 9,500kg per hectare. The result of the lower yields are grapes with more concentration of fruit which balances the acidity.

Manuel was a minefield of information as we chatted about their use of the open presses, micro oxygenation prior to fermentation and making wines for ageing, something that makes sense given Albariño’s naturally high acidity. At Bodegas Gerardo Mendez while the wines are left in contact with the leas there is no bâttonage, or mixing the wine with leas, because while in the short term the wine has a creamier taste over time it is not a style they wanted.

I look forward to my next visit, hopefully in February to taste the 2019 wines.

How to Make it Easier to Choose a Wine 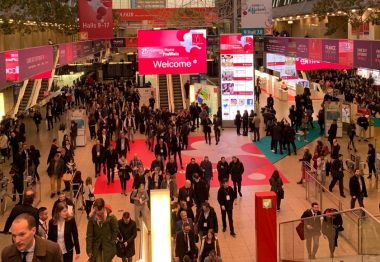