It is hard to pick up a publication on wine and not find an article on global warming and the impact on vineyards. This is a complex issue and the wine industry is learning and responding.

“There are more than 1000 grape varieties planted in Europe, however, just 12 varieties make up over 80% of the wine produced. Adapting to the changing climate requires planting and studying more lesser known varieties to see how they cope with specific conditions, for example drought”, according to Elizabeth Wolkovich, Assistant Professor of Organismic and Evolutionary Biology at the University of British Colombia, in Canada.

Climate change is affecting different regions in different ways. In recent years Bordeaux, where historically vintages have been varied given its maritime climate, has enjoyed a continued run of good vintages due to consistently better weather conditions. This has been welcomed by the thousands of small growers whose grapes going into the generic Bordeaux blends. While to top producers also benefit because with improved vintages they can be even more selective in choosing the best grapes.

The Bordeaux appellations have recently agreed to allow seven new grape varieties in Bordeaux that are more heat resistant, such as Touriga Nacional, Alvarinho and Petit Manseng. In the future do not be surprised to see other classic grape varieties such as Shiraz and Grenache, both of which require warmer conditions to ripen, appearing in Bordeaux.

In other prestigious wine regions there is a similar story, in Australia they are planting more Monastrell (known as Mataro), and Garnacha and Tempranillo as these grapes will thrive in warmer conditions.

Where there is resistance to change it is normally due to commercial pressures. In Australia and the USA the tendency is to produce single varietal wines that are popular with consumers. Planting less known varieties, that are better suited to warmer conditions, makes sense but commercially there is a greater challenge. Interestingly in Europe, this is not such a problem because using blended wines, think of Rioja, is a way of maintaining consistency in style.

It is not just global warming that is affecting the styles of wines, it could be argued that better vineyard management is just as important. For example, in Champagne, it has been shown that improved canopy management, weather monitoring, selective harvesting and modifying the blends, is having as much of an impact on the style of wines as the slightly warmer summers.

Another of the consequences of climate change is the increase in the use of pesticides in certain parts of Northern Europe and the USA. Warmer springs in Northern Europe are resulting in more rain, resulting in higher humidity, creating the ideal environment for the diseases such as mildew and pests, as a result growers are having to spray more chemicals. A long term solution to this problem is to plant grape varieties that are more resistance to disease and pests, requiring less use of pesticides.

So you can see there are many factors that are having an increasingly important role in determining the styles of wines we drink. 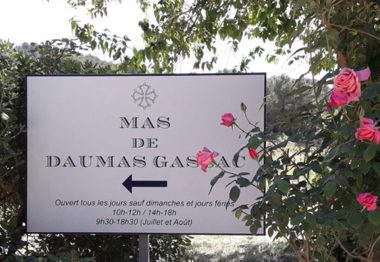