What are biodynamic wines?

It used to be that when tasting biodynamic wines my tasting notes were not complimentary as I found faults with the wines. The only people who would pay a premium and drink them would be those who only wanted biodynamic.  This is no longer the case I am glad to say because nowadays it is only after tasting a flight of wines that I enquire as to how the wine was made and am often surprised at the quality of biodynamic wines that are available all over the world.

What is Biodynamic wine? Biodynamics is a system of organic farming following the teaching of Rudolf Steiner, an Austrian theosophist, who set out his principles back in 1924. Like organic farming no pesticides or fertilisers can be used, but it goes much further, for example by relying on lunar cycles among other things to determine when to plan and when to harvest.

Whether you believe or are a sceptic in such practises, the theory makes sense.  In soil that has been treated for a long time with pesticides you find few bugs or microbes.  The soil is lifeless and relies on fertiliser for the vines to grow.  Soil that has been not been treated with chemicals will eventually regain microbiological life and in time the vineyard will develop its own particular characteristics some of which will influence the character of the wines.

The use of farm animals to work the land and fertilise is good to see. From a flock of geese, or sheep to graze the vineyards eating the grass and weeds and naturally fertilise the land, to the use of horses to plough between the vines.

From Napa in California to Stellenbosch in South Africa, all over the world many wineries have converted to biodynamic methods through to the winemaking process in order to produce wines with their own character and personality.

Can you tell the difference between biodynamic and organic wines?  It’s difficult to say.  A good wine has many qualities whether you can determine that these could only be a result of biodynamic practises is debatable. However, some of the worlds finest wines are made in this way, for example, Domaine de la Romance-Conti in Burgundy, one of the greatest wineries in the world is now biodynamic; it should be noted that it was already world famous before converting. Would the wines of Chapoutier in France’s Rhone Valley be less good if they were not biodynamic? Maybe, maybe not.

Two of my favourite biodynamic wines are Coyam from Bodegas Emiliana in Chile and Yealands Pinot Noir from New Zealand.

If wines, or any other natural product, contain less traces of toxins from the chemicals that have been commonly used in agriculture for years then this is good thing.  So while most wineries will not become biodynamic what is important is creating more awareness for caring for the land.

What are Natural Wines? 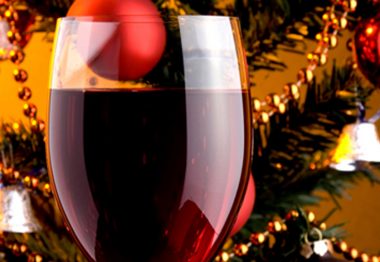