Oak is a term that is fixed in the vocabulary of wine. Everyone is familiar with it, however, the term ‘oak aged’ is very broad and at times can be misleading.

The relationship between wine and oak began when the Romans used barrels as a means to transport wine. The Greeks and Romans traditionally used clay amphoras to store wine. In those times it was safer to drink wine than water, so the storage and transport of wine was a high priority. As the Romans expanded their empire, into what is now France, they found that the locals transported beer in wood barrels made from oak, which was in plentiful supply, a practical solution for an army on the move.

Oak barrels evolved from being a mode of transport to a way of ageing wine as it was discovered that spending time in barrels added complexity, flavour and extended the life of the wine.

Centuries of winemaking experience have shown that the tiny pores in the oak allow oxygen to be absorbed into the wine very slowly allowing the wine to gently mature making them more subtle and complex while softening the acids and tannins.

The oak to make barrels come from many countries, France and the United States are the most important. In fact France has 40% of all the forests in the European Community. There are many species of oak. In the US, main the dominant variety is Quercus Alba, American white oak, while in France the Quercus Petraea, and Quercus Robur are more common. 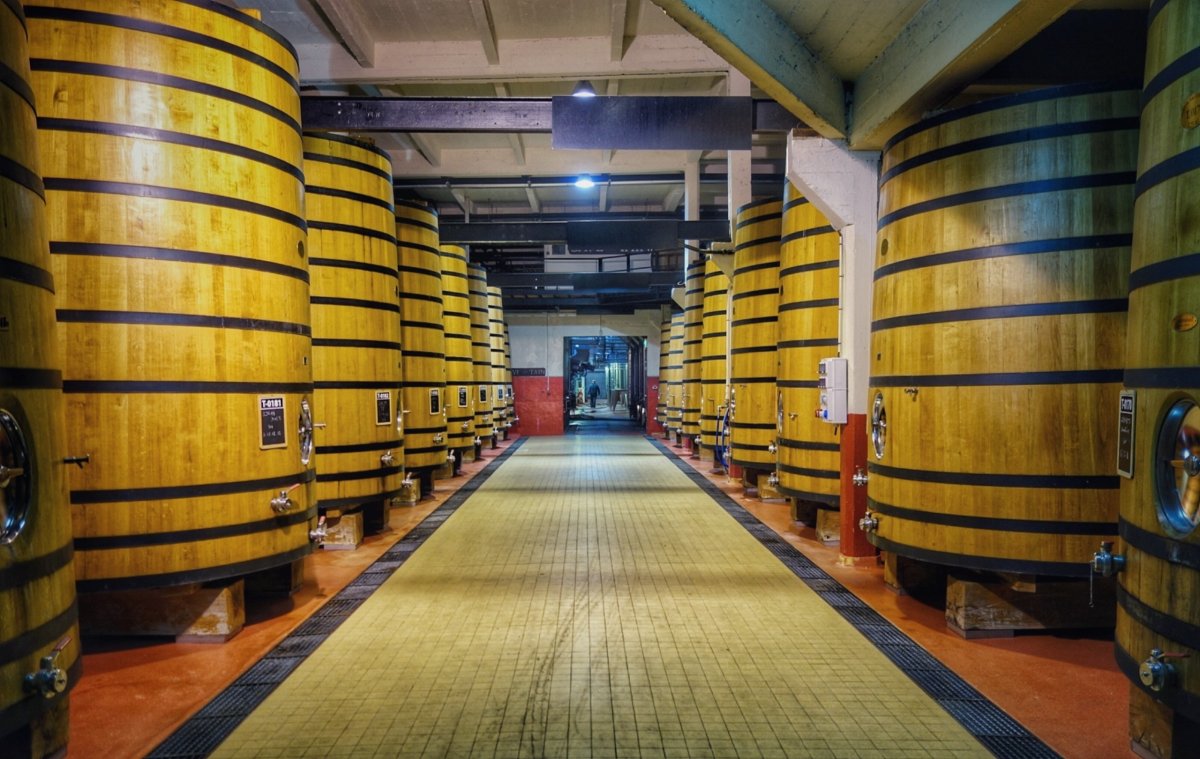 The French barrels considered to be the best come from the forests of Allier in central France and Limousin in the west. The trees used are between 80 and 200 years old. One tree may produce enough oak for just two barrels. French barrels are much more expensive than American barrels, around €1200 in comparison to €600. Which barrels are used and for how long tend to be economic decisions. The most prestigious wineries can afford to use the best new barrels for their wines but that is not the case for a smaller winery whose wines command lower prices. Above I mentioned the word ‘misleading’. Beware of very cheap wines that claim to have been aged in oak for some time, it is probably that they have not spent any time in a barrel but have had oak chips added while in a stainless steel tank. It is a common practise but the effect is not the same.

Once harvested the oak is dissected into pieces known as staves. These are left outside for several years to age during which time they will develop aromas and flavours. As a general rule the longer the wood is dried the more subtle the flavours, while wood that has been dried for a shorter period tends to give flavours that are more smokey and with more astringency. Wood that has been dried for a longer costs much more.

Who came up with the ingenious to shape planks of wood and then join them together? To make the barrel the cooper pins the staves together with metal rings, over a fire made from wood chips. The heat from the fire also allows the cooper to gently bend the wooden staves into the shape of the barrel while at the same time gradually releasing the sweet, spicy aromatic essences. All of these aromas and flavours will be transmitted to the wine.

The flavours and texture of the wine are strongly influenced by the type and age of oak used. In general the American oak has stronger flavours while the French oak more subtle spicy flavours. 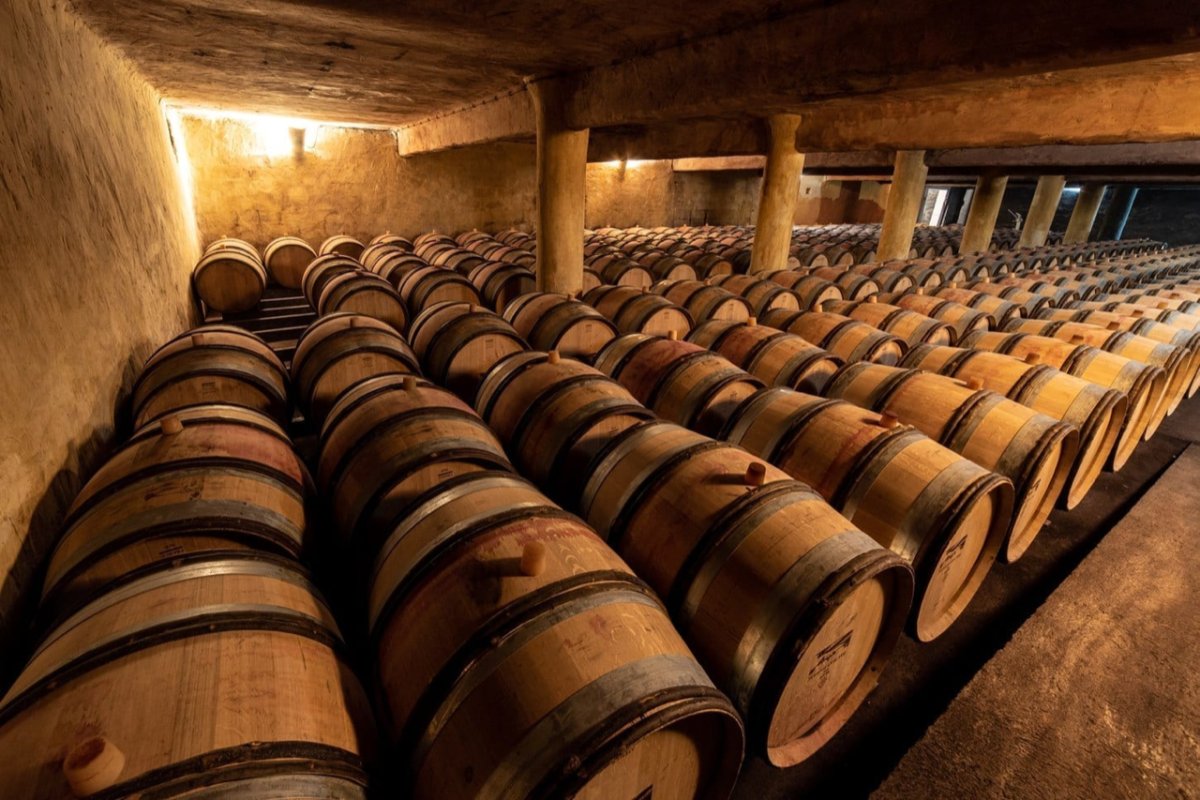 When you taste a wine that has aromas of freshly baked bread, spices, vanilla, smokey, coffee and chocolate the intensity of these aromas will be determined by how highly the barrel has been toasted. A new barrel will impart stronger flavours while barrels that have been used several times will have less intensity of flavours. Too much oak will over power the wine and leave you feeling that you are chewing a plank.

How much oak influence the winemaker wants the wine to have will determine whether new or older barrels are used and deciding which wines and how long these wines should spend in contact with the oak. These decisions are come with experience. To the winemaker oak is like salt to a chef, it can enhance the flavour but too much will overwhelm the wine as it will food.

The normal size for an oak barrel is 225L, which is traditional in Bordeaux. Larger barrels, such as Foudres traditionally used in Germany, Alsace and the northern Rhone, can hold between 1000L and 10,000L. The intensity of oak flavours depends on the type of oak, the age and size of the barrel. Smaller, new barrels will have more of an impact on a wine than a much older, larger Foudre because in the smaller barrel more wine is in direct contact with the wood.

In general French oak barrels are the preferred choice by top wineries around the world. Here in Spain American barrels were traditionally used in Rioja whereas French barrels were preferred in Ribera del Duero. Nowadays it is more common to have a mix of barrels to give the wine its own distinctive style.

Finally, bear in mind that a well balanced wine will have fruit aromas with the added complexity of aromas and textures from the oak. So next time you notice ‘woody’ flavours in your glass of Chardonnay you will know why. 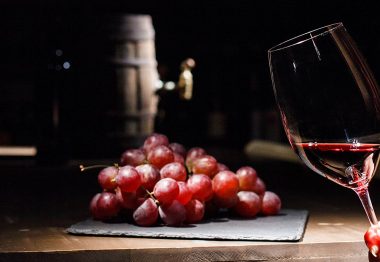