Why are Wines being Aged Under the Sea?

Wines discovered in shipwrecks, often hundreds of years old, have been found to be very well preserved. Which raises the question, does the sea hold the secret to ageing great wines?

Traditionally ageing wine requires cellars that are underground, silent, dark, constantly cool temperatures and humid. However, over the last ten years there has been a small but growing group of wineries around the world who are challenging this concept by ageing the wines on the ocean seabed where the wines are subject to movement, cold temperatures and changing pressure.

I was recently attended a tasting of wines from the Crusoe Treasure Underwater Winery, presented by Francesc Ricart and winemaker Antonio Palacio at the Hotel Palau del Mar in Valencia. Their underwater cellar in Plentzia Bay in the Cantabrian sea.

The range included an Albariño, a Garnacha from Campo de Borja, Tempranillos from Ribera del Duero and Rioja Alta. Having been made and bottled like another wines they are then taken underwater.

The wines are stored in cages at a depth of 18m, for four to nine months. At this depth the water temperature is between 9ºC and 14ºC at a pressure of 3 atmospheres. The Cantabrian sea is tidal and there are waves, which results in the wines being constantly moved and subject to changing water pressure, think of a sea storm with 10m waves and you can imagine that the wines are being buffeted around on the sea floor.

Antonio Palacio explained that in their opinion the energy created by the constant movement results in the wines having more vitality and freshness. Instead of the wines expressing ‘terroir’, the french word meaning a sense of place, their wines expressed ‘marrior’, others use the word ‘aquaoir’, new words for your wine vocabulary.

There are other under water cellars in France, Italy, Greece, South Africa and no doubt more to follow. Famous names who are experimenting with underwater cellars are the famous Spanish winemaker Raul Perez has a project, ‘Sketch’ Albariño aged for 60 days under water. Louis Roederer (makers of Cristal Champagne) and Veuve Clicquot are ageing Champagne in the cold waters of northern France also the Gaia winery, in Santorini in Greece.

Some wineries are experimenting with ageing whole barrels under the sea, the idea being that the ocean’s movement constantly stirs the wine on its lees, a practice that takes place manually in the cellar.

Is ageing wines underwater a gimmick or is there a commercial potential for these projects? It is too early to say. It is an expensive way to age wine, produced can loose a high percentage of bottles due to breakage or spoilage.

So by now you may be asking, what effect does the underwater ageing have on wine? I tasted two wines Ribera del Duero, one aged on land and the other in underwater. I noted the underwater wine was softer and had more expressive fruit flavours. No question they were different but not radically so, still it is a very cool project and one that I would like to visit. 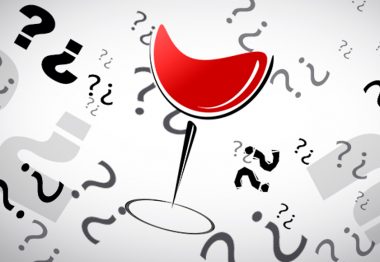