Terroir, what does it mean?

Terroir, a French word, is often used when describing the taste and character of a wine, but what does it mean?  Put simply it refers to a ‘sense of place’.  Local soils, weather, geography, local tradition, culture and wine making practises.

An example of local tradition would be in Jerez where the wine is aged in the solera system of a period of years before it is released and this give the fortified wines of sherry part of their distinctive character.

Local geography or terrain will influence the style of wine made in that area.  A Riesling made from grapes grown in vineyards on the steep slopes above the river Mosel can produce the most exquisitely delicate wines.  One factor is the ‘terroir’ given the steepness of the vineyards is exposure to sunlight and the influence of cooling influence of the river passing below.

Local weather patterns play can strongly influence the style and character of the wine. Recently I wrote about Cool Climate wines, which have a higher natural acidity and freshness that wines from a warm climate.

An example of a cool climate wine would be from Marlborough in New Zealand, where the Sauvignon Blancs are known for the crisp acidity and distinctive flavours. Whereas wines from warmer climates tend to be ripe with more natural sugar which results in higher levels of alcohol. The regions of Jumilla and Yecla in Spain produce some excellent wines that have style that reflect the hotter conditions.

There are many types of soils found in vineyards that in influence on the style of wine produced. It is often believed that stoney soils with a high mineral content impart this character on the wine.  More importantly it seems to be that over time the deeper the roots of the vine have to go to find moisture will also contribute to the distinctive character of the wine.

Wine making practices.  Nowadays most winemakers travel and make wines in different countries and are learn new techniques and experiences that influence the style of their own wines.

Consequently it has become harder to identify a wines origin in blind tastings.  Identify a wines quality and character is one then but to say with certainty that it is from a particular area is becoming harder because there are many elements used globally rather than just local tradition.

How much does the quality, character and style of a wine depend on the ‘terroir’?  Wines defined by borders are becoming harder to identify.  However, never before have there been so many good wines with character.

Here is a thought for you. Does the term terroir apply to other fruits such as apples, strawberries, oranges or tomatoes, which strictly speaking is a vegetable not a fruit?  Here in Valencia tomatoes from Perrello are considered special for their size and flavour.  Is there something in the terrior Perello that gives them their distinctive style and character, for example the sandy soil, the local water?  Does same variety of tomato taste different if grown in Galicia, for example?

Which wine with steak? 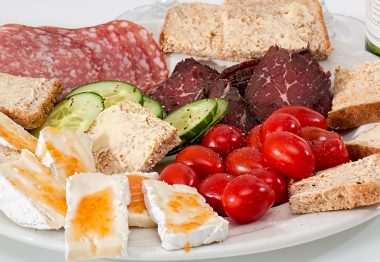