The rugby World Cup of wine

The Rugby World Cup has just ended with the New Zealand All Blacks beating Australia in the final to be crowned World Champions.  You many not be aware that the top rugby playing nations are also some of the finest wine producing countries in the world.  TheWinePlace.es has wines from all these countries for your to enjoy.

So what are the finest wines styles from these rugby playing nations.

New Zealand is recognised as the finest rugby nation in the world. Rugby was introduced in 1870 by European settlers.  The indigenous Maori tribes game played their own sport with a ball.  The flamboyant mix of strength, speed and skill, that makes the New Zealand All Blacks so formidable, is a result of the European and Maori’s making the most of each others strengths.

The other main growing regions in the South Island are Otago, the most southerly wine region in the world, where growing conditions can be extreme and some of the wines particularly the Pinot Noir and Pinot Gris can be sublime.  On the North Island the largest grape growing areas are in Gisborne and Auckland.

The Australian national rugby team are known as the Wallabies, the countries emblem.  Australians are sporting mad.  It is of great credit to the Wallabies to produce such fine rugby teams given that it not the first choice sport for most Australian kids to play.

In terms of wine, like in New Zealand, the first grapes were planted by European settlers in the 19th century.  From the 1980’s Australia’s wine industry began to take off as they focussed on exports to develop new markets for their wines.  Today Australia is the 7th largest producer in the world, in terms of volume (source OIV Oct 2015).

Australia is best known for producing Shiraz and Chardonnay.  Australia has several of the world’s largest wine companies and some of the top individual wineries. In the new TheWinePlace.es  selection there is good balance of easy drinking everyday wines and more serious wines.  Why not the D’Arenburg ‘The Love Grass Shiraz’ from the McLaren Vale, made from low yielding, hand selected vines.  This wine is 85% Shiraz blended with Grenache and the white grape Viognier.  A full bodied wine with ripe black berry, chocolate and coffee flavours with a touch of spice.  Tooma River Reserve Shiraz from the Warburton Estate.  This is an easy drinking, soft style with ripe red berry fruits.

And that’s all The Rugby World Cup of Wine

9 Things you need to know about wine

5 Wine tasting tips that every winelover should know 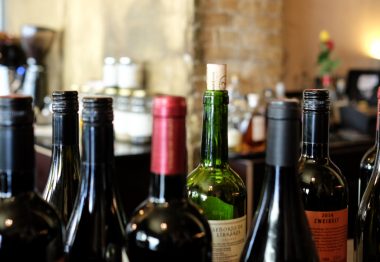 7 things to know about wine