Australia’s vineyards stretch from Perth in Western Australia to the Hunter Valley, north of Sydney, which is like driving from Valencia to Moscow in Russia.

While we think of Australia as a ‘new world’ wine producing country, they have been making wines there since the first settlers arrived in the latter part of the 18th century, in fact Australia has some of the oldest vines in the world.

The international success of Australian wines has been built on modern winemaking, not conforming to tradition, making wines that are easy drinking, fruit driven and good value for money. The Australian wine model has been so successful that other wine regions from around the world have copied their styles.

Australian winemakers have been at the forefront of modern winemaking, most notably in the introduction of controlled refrigerated fermentation to make wines that are consistent in quality.

The Australians have taken the classic European grape varieties, there are no indigenous Australian varieties, to make wines that are very distinctive in style from their European equivalents.

Australia is different from Europe in the way its wine industry is organised. The generic level of geographical indication is ‘Produce of Australia’ which means that the grapes can be sourced from anywhere in the country for the most basic wines.

Then you have the regional wines the main ones being South Australia, South Eastern Australia, which covered 98% of Australian vineyards, Victoria, New South Wales and Western Australia Many popular blends are labelled with this geographic indication meaning that the grapes used to make the wine in the bottle have been grown in this vast area.

The next level identifies individual regions within each state. It is interesting that in each wine producing state it is possible to make almost every style of wines, from excellent sparkling wines to late harvest sweet wines and everything else in between, depending on the altitude of the vineyards, local climate, proximity to the sea and types of soils.

A good way to discover Australian wines is to taste them alongside Spanish wines. For example Tempranillo from McLaren Vale, South Australia, with a young Tempranillo Rioja and compare the differences in style.

Cabernet Sauvignon and Merlot, two of the classic varieties that make up the finest wines from Bordeaux, from the Coonawarra in South Australia. Compare these wines with those from France or Spain.

Shiraz from McLaren Vale or Barrosa Valley, also in South Australia, tend to be full bodied pronounced dark berry fruity and spice flavours. Taste these wines alongside a Syrah from the northern Rhone in France and compare the different styles.

Try a Pinot Noir, a classic cool climate grape, from Yarra Valley in Victoria or the island of Tasmania, alongside a Pinot from Burgundy or Central Otago in New Zealand.

The German grape variety Riesling also make some stunning wine the Eden Valley and Clare Valley regions of South Australia as well as in the Margaret River in Western Australia.

Chardonnay, the queen of white wines, is probably the grape variety which offers the greatest contrasts. Taste Chardonnays from the Adelaide Hills and Tasmania alongside those from Burgundy and notice the completely different styles.

Next time you hear someone making a sweeping generalisation about Australian wines, you will know better.

20 Questions on Wines of the World

Is it necessary to make a slurping noise when tasting wine? 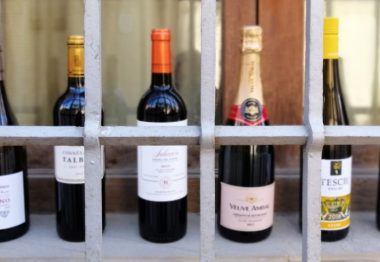