To discover new wine regions is one of the most enjoyable aspects of wine.  To only drink wines from the best known regions is similar to eating in the same restaurant over and over again. Safe but without the joy of discovering something new and missing out on so much more.

Portuguese wines are not that well known outside of Portugal, except for Port from the Douro and Vinho Verde, which is a pity because there are many excellent Portuguese wines to discover and enjoy.  A country with a wide range of native grapes varieties. In fact years ago we had a wine club of Portuguese wines called the ‘Bastardos’ in memory of the native grape used to make wines in the Dao region. One of my favourite places to discover new wines is the Alentego region of Portugal, which borders Extremadura in Spain, particularly the sub areas of Portalegre, where the stoney soils, altitude – at nearly 1000m one of the highest peaks in southern Portugal, and continental climate strongly influence the styles of wines that are made.  Wines tend to be blends of native grape varieties such as Touriga Nacional, Trincadeira along with Aragonez, which is Tempranillo, together with a some international varieties such as Syrah and Cabernet Sauvignon. Look out for the Pedra Basta wines from Sonho Lusitano Vinhos

The Lebanon.  Most of the vineyards are in the high hills of the Bekka Valley on the Eastern Mediterranean. In spite of the problems that afflict the area, in the last 15 years the number of wineries has grown from 12 to 42, exporting to over 40 countries. Jewellery and wine are the only two Lebanese products that are exported more than imported. Chateaux Musar is Lebanon’s best known winery. Today the rising stars making excellent wines are Domaine des Tourelles, Chateau Ksara and Ixsir.  In fact Ixsir, has a strong Spanish influence as one of the winemakers is Gabriel ‘Gaby’ Rivero, a Madrileño, who has lived in Lebanon for 6 years, having worked previously in Bordeaux and Ribera del Duero. Ixsir Altitudes Red is made from Cabernet Sauvignon, Caladoc, Syrah and also Tempranillo, a blend that works really well.

Did you know that the highest vineyards in Europe are?……. Tenerife, at a height of 1600m on the volcano of El Teide.  Wine has been made on the islands for more than 500 years, they are mentioned in Shakespeare’s Twelfth Night, ‘a cup of canary’.  It is one of the very few vineyard regions in Europe never to be damaged by phylloxera, a bug that in the late 19th century destroyed most of the vineyards in Europe. On the island of Lanzarote, the small low bush vines, growing on the volcanic ash soils, and the constant Atlantic winds make this an intriguing region for wines.  The principal white varieties are Listán Blanco and Malvasia, while for the reds Listán Negro. Lesser known varieties making really interesting wines.   Look out for the names Suertes de Marques Fuentes and Monje.

Lebanese Wines, 5000 Years in the Making 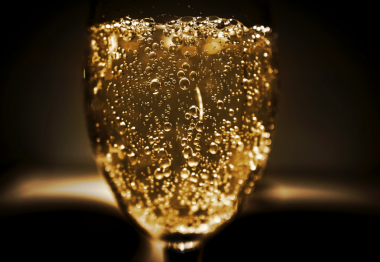 Why is Prosecco so popular?