How the Coronavirus is Impacting the Wine Industry

As each day passes the number of people confirmed with the infection rises spreading fear and uncertainty all over the world. This has had a major impact on the global wine business because it is an industry where face to face contact is how things get done.

Major international trade fairs in Germany, Italy, France the UK and China, among other countries have either been postponed or cancelled. The largest of these events was Prowein in Germany where more than 60,000 wine professionals from more than 140 countries come together every March in the city of Dusseldorf. This is where agreements are made by wineries large and small that have a huge impact on the whole industry. It is also where wineries show their new wines to potential customers. Often years of work goes into preparing for this occasion. The negative consequences will be far reaching.

As I write Europe is in lock down with restricted movement of people and goods. You only have to watch the news to see the impact on business in general, especially tourist business, one of the most important to the Spanish economy, which will take a long time to overcome and will have a major impact on wine consumption, as well as many other industries.

As a consequence many of the major international wine companies have already published trading updated warning that the virus will have a major impact on global sales.

China is one of the countries where wine sales have declined sharply since the beginning of the crisis because in China it is consumed in bars and restaurants much more than at home, according to Rabobank around 35% of wine sales are in bars and restaurants. Wine is a symbol of social status. Also, a large percentage of wines are purchased as gifts. However, quarantine restrictions and fear has resulted in people not getting together and the restaurant business is in trouble with restaurant sales, including wine, in Shanghai was estimated to be down by 70 to 80% in February. This leads to a lot of wine not being consumed.

In the UK, a trade body representing the ‘horeca’ industry called UK Hospitality, has warned that bookings in hotels, bars and restaurants have fallen by 50% compared with the same period the year before.

Over the last decade Enoturism has become a major source of income for many wineries around the world from Napa Valley in California to Valencia. Wineries have invested in their installations to improve the visitors experience. However, as in other sectors, over the last couple of days all wineries have shut down to visitors until this crisis is overcome.

This crisis raises questions about how people in the wine industry will conduct their business relationships in the future. Not only because of the Coronavirus but also for each person to reduce their carbon footprint by flying less often. This will involve more ‘tasting by video link’, sending wine samples and then holding a video tasting. The use of drones to transmit live images of vineyards and winery activities which can be projected directly around the world rather than buyers travelling to a country.

No one knows when but a cure will be found and in time a new normality will be established. Some of our travel and hygiene habits will change for ever, of that there is no doubt. 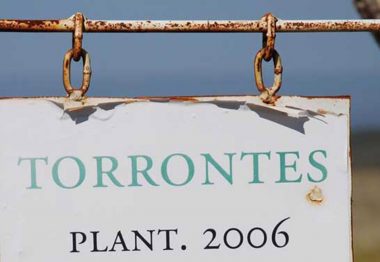