Does wine taste of the soil?

Does wine taste of the soil? This is a question that often comes up in the world of wine. While it cannot be proved scientifically that the wine made from old vines with roots embedded in granite, schist, limestone, clay or sand, tastes of the soil, most seasoned wine tasters will say that it is not just anecdotal but is true.

What do we know for certain? The taste of the wine is determined by the grape variety, terroir (the French word that encapsulates location, soil, climate) and winemaking. To ripen grapes need sunlight, heat and water. The soil on which they are grown also plays an important role in determining the character of the wine depending on the type of organic nutrients, minerality and level of acidity.

I read somewhere that the soil is the earth’s stomach where over millions of years the bacteria and other micro-organisms have changed its composition. To influence the style and flavour of the wine the vineyards must be healthy, free from overuse of herbicides and fertilisers. Nature has its own way of cleansing and healing itself. There is still so much we have to learn.

When we think of Bordeaux, home of some of the finest red wines in the world, the vineyards of the finest estates are known for being deep banks of tiny gravelly stones. It is a similar story in the Rhone Valley where the vineyards of Chateauneuf du Pape are covered in white stones which absorb the heat of the sun, which is essential for the grapes to ripen particularly in cooler vintages.

Recently I tasted the four different single vineyard wines from Cave de Tain, one of the most prestigious producers in the Rhone and was surprised at how different the wines tasted due to the differences between the soils of the vineyards.

There are many types of soil, for example, volcanic soils that influence the styles of wines. One of the most interesting wine regions in Spain is Lanzarote with its black volcanic soils. Also in Sicily, the vineyards near Mount Etna produce wines that are distinctive from others on the island made from grapes grown on different soils. It is thought that the iron content improves the concentration of the aromas and flavours.

Similarly vineyards with a high content of slate such as in Priorato and in many of the finest vineyards in Germany, influence the style of wines. As in champagne where the vineyards are famous for the chalk soils, similar to Jerez.

The type of soil adds in a subtle way to the diversity of wines which keep wine lovers like me searching for new wines to taste and constantly learning about how wines are influenced by where the grapes are grown. 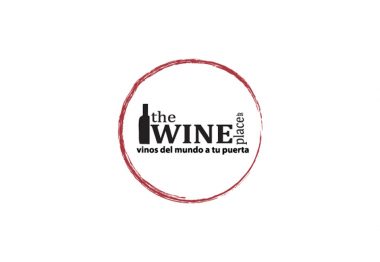