In just over 40 years, first commercial vineyards were planted in the 1970’s, New Zealand has achieved more than most wine regions have done in a century. Wines from New Zealand are predominately made from Sauvignon Blanc and Pinot Noir, the two iconic grape varieties from which who’s wines have put this small island on the world wine map.

Recently at Prowein in Germany, the largest wine trade fair in the world, I tasted several more New Zealand wines made from grape varieties that we normally associate with the classic regions of the old world; Albariño and Tempranillo from Spain, Pinot Gris from France, Riesling from Germany and Gruner Veltliner from Austria.

What I found most fascinating about these wines was that all expressed the distinctive characteristics of each varietal while at the same time possessed characteristics which made them stand out as being from New Zealand or more specifically the regions in New Zealand from where they originated.

Although the volumes are still small in terms of volume New Zealand producers are the envy of producers around the world, being able to sell all the wine they produce at relatively high prices, average retail price around €17. So how did they do it?

New Zealand, made up of two islands, the North Island and South Island, was known for sheep, dairy farming and agriculture. Back then in the early 1970’s the idea of planting vineyards would have seemed to be most foolish of things to do. Today, there are 35,000 hectares of vineyards, the most widely planted grape being Sauvignon Blanc, 66% of the total production, followed by Pinot Noir and Chardonnay both with 8%.

The main growing region is Marlborough, located in the northern part of the South Island. The Marlborough Sounds provide some protection from the north-westerly winds while the Kaikoura mountain Ranges block cold southerly winds. The combination of sunshine and cool nights means that Marlborough’s wines have plenty of fruit flavour supported by high levels of natural acidity. It is these wide night and day temperature variation, which is an important factor in the wines having incredible vibrancy and freshness.

For wine drinkers around the world Marlborough is synonymous with Sauvignon Blanc so much so that on practically every top international restaurant’s wine list around the world will have wine from this region.

One notable difference between growers in New Zealand and other countries is the sense of unity and forward thinking in their methods.

The first wine to catch the worlds attention was Cloudy Bay Sauvignon Blanc. Launched back in the mid 80’s it was cleverly marketed by word of mouth ‘you’ll be lucky to get hold of a bottle’. It was and continues to be one of the most prized wines from New Zealand.

Today there are many wineries from New Zealand that you can you can find here in Spain. The next tasting at TheWinePlace.es will include Gruner Veltliner and Riesling from New Zealand alongside the same grapes from Austria and Germany.

Do Wines made from Old Vines Taste Better?

Does wine taste of the soil?

Pinot Grigio and Pinot Gris are they the Same Grape? 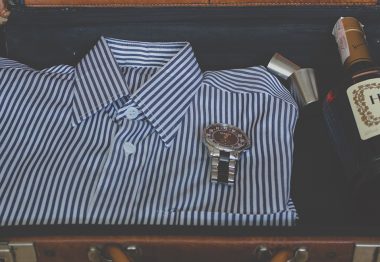 On the road searching for new wines