What are Parker Points?

The hysteria that surrounds a wine receiving a Parker score in the high 90’s is the wine equivalent of winning the lottery. The €300 billion global industry is hugely influenced by the opinions of one person and his team. The reputations of top wineries can be made or broken depending on the scores received.

In the latest Parker Points publication wines from the region of Valencia, where I live, had their best results ever with 27 wines scoring 90 points or more, an impressive achievement. (*)

So who is Parker and what are Parker Points and why are they so influential in the world of wine?

Robert Parker is an American lawyer turned wine critic who founded a bimonthly newsletter called Wine Advocate in the 1970’s giving his personal opinion and rating of the wines he tasted. As the number of subscribers grew so did his influence particularly in the American market.

In an interview he said that he tasted 10,000 wines a year which amounts to 350,000 spanning his 25 year career as a critic. He semi retired in 2016 and his team of professional tasters continue to evaluate and publish the scores of the wines tasted.

He developed his own points system, rating wines out of a 100 point scale, which actually starts at 50, that today is generally considered the standard scale by which wines are judged, although it is not without its critics:

Wine scores are given based on quality and style that reflects the region from where the wine is from. That means that you could buy two wines with the same score yet they taste completely different.

You should always bear in mind that wine tasting and evaluation is subjective and wines evolve and change over time.

Due to the success and influence of the Robert Parker and his Wine Advocate many winemakers and winery owners focussed their efforts to make wines that would appeal to Parker. This resulted in tendency to make ‘Parker’ wines. In fact I have heard that there are contracts between winery owners and winemakers that include large bonuses if 90+ scores are achieved.

Robert Parker, while being the most influential, is not the only influential international wine critic. Jancis Robinson and Steve Tanzer are also very influential along with the magazines the Wine Spectator and Decanter. Each one has their own systems and ways of scoring.

There is a relatively new venture called Vinous, founded by former investment banker and Parker protege Antonio Galloni, that aims to replace the Wine Advocate as the new ‘standard’ in wine criticism. Time will tell.

Over the years I have found Parkers ratings to be consistent and reliable. A tip, to find better value buy the wines that scored 88 or 89 usually much cheaper and most of the time pretty good.

* If you would like to know the names of the wines from Valencia that were classified as ‘Outstanding’, send me an email and I will send the list.

Introduction to The Wines of Languedoc Rousillon

The end of the grape harvest 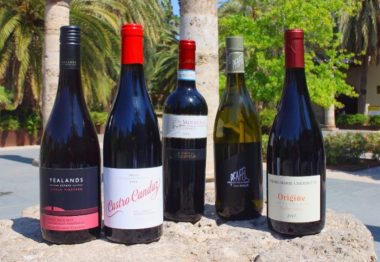