While not well known Sicilian Wines are well worth checking out.  Sicily is the largest island in the Mediterranean, home of ‘The Godfather’s’ Corleone family (there really is a village called Corleone) and Mount Etna, the most active volcano in Europe as well as one of the most famous books of the 20th century, The Leopard by Giuseppe di Lampedusa. It is also one of the most potentially exciting wine regions in Europe.

While being part of Italy, Sicily is different with its unique history, language and customs. In fact it could be described as a country on its own. Trapani in the south is closer to Tunis in Algeria than to Naples. The island has been strongly influenced by other cultures over the centuries having been invaded on a regular basis since the time of the Sicanians, from whom the island takes its name.

In wine terms it is an island of extremes.  Harvesting times varies greatly depending on the altitude of the vineyards and proximity to the sea. The vintage starts in early August in hot lowlands near Trapani but does not finished until mid November, 3 months later, when the grapes are picked on slopes of the snow capped Mount Etna peaks.

Sicily was infamous for producing huge lakes of characterless white wine known as ‘bianco carta’ or white paper, with no flavour to be sold in bulk from the 112,000ha of vineyards where only 20% of the wine was bottled. However, since the early 1980’s a quiet revolution has been taking place.

The man who started this change was Diego Planeta who was the president of the enormous  Settesoli co-operative in Menfi, with 2300 members and 5% of Sicily’s vineyards. Planeta was a visionary and with dogged determination he eventually convinced Sicilian farmers that high yields and poor quality supported by EU subsidies was not going to be sustainable in the long term.  Planeta persisted and orchestrated the planting of 150 new grape varieties all over the island to see which would be successful.

I travelled to Sicily on many occasions to see Diego at Settesoli, back then I was importing their into the UK. Negotiations would usually be concluded at Da Vittorio, one of the most famous fish restaurants in Italy to where people travel from all over. I have very fond memories eating the freshest fish I have ever tasted drinking Sicilian wine while looking out onto the Mediterranean.

Today it is the indigenous grape varieties, such as Nero d’Avola, a red grape that makes Sicilian wines with a deep colour and flavour and Grillo, a white grape making wines that are soft and fruity or serious and acidic depending on where and how they are made.  Look out for the Planeta La Segreta Rosso or Mandrarossa N’ero D’Avola and Grillo wines to experience the new Sicily.

The Wines of Tuscany 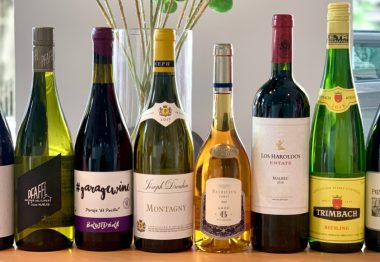