The wines of Valpolicella come from the region of the Veneto in northern Italy, just north of the city of Verona, famous for its amphitheatre and the setting of Shakespeare’s Romeo and Juliet. To the West is Lake Garda, the Alps are to the North and the flat plains of the River Po to the South. Cold winters and hot summers are the norm in this part of the world. The finest vineyards are found in the hills of the small valleys in the foothills of the mountains.

What makes Valpolicella DOC, which is the equivalent to a D.O. in Spain, unique are the different styles of wines produced. The main grape of the region is the indigenous red variety Corvina, a thin skinned grape with cherry aromas and a high acidity. The other grape varieties are Rondinella, which adds colour and other red berry flavours, Corvinone, not related to Corvina, which adds tannin and tobacco aromas, and Molinara.

A wine labelled as Valpolicella DOC, is made from grapes grown on the flatlands. It has a light to medium body with cherry flavours and a crisp acidity. To be called Valpolicella Classico the grapes must come from the vineyards in the foothills of mountains, these wines have slightly more body and complexity but are still easy drinking with a notable natural acidity, making them excellent food wines.

What makes this region unique are the wines classified as Amarone della Valpolicella DOCG , and Recioto della Valpolicella DOCG. They are made using the ‘appassimento’ method where the bunches of grapes are picked early and then left for several months to dry on trays in partially open sheds which allow the breeze to pass through and over time drying the grapes.

The drying of the grapes has the effect of concentrating the sugars and flavours, producing wines characterised by being full bodied with and intense red/black colour, a high concentration of red berry fruits and spicy flavours and a warm sensation due to the higher alcohol.

The semi dried grapes are then gently pressed, slowly fermented and then aged for a minimum of two years in barrels, often made of cherry wood, to make Amarone. A wine labelled as Reciotto della Valpolicella DOCG is sweet because these grapes have such a high level of sugar that when the fermentation stops there remains a high level of natural sugar in the wine.

There is another style of wine known as Ripasso, where the Valpolicella wine spends, usually 15 to 20 days, on the lees of the Amarone. This process adds colour, flavour, complexity and body to the wine. This maceration may also result in a partial refermentation because the lees may still contain yeast and sugar, which when added to the Valpolicella will ferment adding a bit more alcohol to the wine. You could think of this method as being similar to using a tea bag for a second time.

Nowadays, Valpolicella Ripasso DOC is the most popular style of wine made in the region. It has a medium to full body with flavours of a compote of cherries and plums. The quality of the wine depends on the quality of the basic Valpolicella, the quantity of the lees from the Amarone and the length of the maceration.

So add the wines of Valpolicella to your list of wines of the world to discover. Notable producers to look out for are Masi, Boscaini and Accordini, among others.

Food and Wine Rules are to be Broken

The Wines of Tuscany 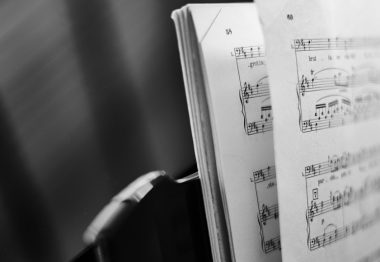 Can music affect the taste of wine?