Nowadays it is possible to find many interesting wines from unusual places. We think of wines coming from either the Old World, northern hemisphere, or the New World, southern hemisphere between the latitudes of 30º and 50º because for the grapes to ripen certain climatic conditions are required, which tend to be found between these latitudes. However, winemakers have started making wines in places as far north as Scandinavia and south to the tropics.

An expanding global market for wine, global warming and innovations in viticulture and winemaking are resulting in wines from places that previously were not on the map as sources of good quality drinking wine.

Morocco has the potential for producing quality wines, due to its high mountains and cooling influence of the Atlantic, as these factors offset the risk of having too hot vineyards. Wine has been made here for more than 2000 years, however, quality started being produced in the mid 1990s with foreign investment and knowhow, predominantly from France. One of the most reliable wineries is the Les Celliers de Meknes, whose 2000 ha of vineyards are in the foothillls of the Atlas Mountains.

Over the last couple of years English wines have been grabbing the headlines for their award winning sparkling wines that can rival the top wines of Champagne.  English wines were awarded 150 medals at the prestigious International Wine Challenge 2016, which is remarkable. There are now more than 130 wineries in England and Wales with more than 2000 ha., stretching over a large area of the southern counties, devoted to growing grapes for wine.  One of my favourite English sparkling wines in Hamblendon, from Hampshire.

The final frontier for winemaking is Asia, notably China and India.  So far the results are not that great, but it is only a matter of time until they produce quality wines.  However, Japan is producing some decent wines from its 200 odd wineries.  The climate is not ideal, it is quite wet and humid with a high risk of typhoons. The best wines are made from a grape variety called Koshu.

Staying in Asia, Burma, also known as Myanmar, is a fairly recent member to the list of wine producing countries.There are two main wineries, Red Mountain Estate and Myanmar Vineyard. The vineyards are stunning at an altitude of 1,200m  on the hilly slopes of Shan State the southern foothills of the Himalayan Mountains International wine critics agree Myanmar is now on the global wine-making map and consider the Aythaya white, from Myanmar Vineyards,  to be the best of the wines produced.

Whether wines from tropical climates can ever compete with the established countries remains to be seen but consumer fascination with new wines regiones will continue to grow.

What do you taste when drinking wine? 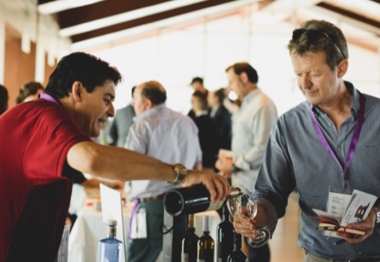