The wines of Washington State

Just so that there is no confusion. Washington State is in the Pacific Northwest regions of the US, above Oregon and below Canada.  While Washington DC, where the President lives, is not part of any state and is on the East Coast of the USA.

The Pacific North west is renowned for its incessant rain. However, the Cascade mountains block the rain clouds so that when you cross over and enter the state of Washington it’s as if you have entered another country.  It is practically desert.  While it hardly rains, there is no shortage of water to irrigate the vineyards because of the Columbia river.  Controlling irrigation has advantages in controlling the quality and size of the crop. The soils are predominantly sandy which together with lack of rain means there is very little risk of disease.  The main problem is the extreme winter cold, which can kill vines.

There are around 600 wineries and 23000ha of vineyards, the major regions, known as AVA’s, in the state; Columbia Valley, Yakima and Walla Walla and Red Mountain. A very distinctive fact is that one company dominates the region. Ste Michelle Wine Estates, whose most famous winery is Chateau Ste Michelle, controls two thirds of the total production. I was amazed to discover that this winery is the largest single producer of Riesling in the world.  I recently tried the Eroica Riesling, made in a joint venture with the famous Ernest Loosen from Germany.  very drinkable.

Where the wines of Washington State excel are with the reds,  particularly the Cabernet Sauvignon which thrives in the long, dry sunny days resulting in reds with good structure, full of ripe blackberries and ripe tannins.

Chateau Ste Michelle Cabernet Sauvignon is a good introduction perfect with a succulent lamb chop, steak or a piece of mild cheese. Buy it here and try it for yourself.

Meanwhile, the Merlots, at their best, have an intense concentration of ripe fruit flavour, which the tightness and elegance of cool climate wines- the vineyards are on the same latitude as Bordeaux.  Winemakers such as Bob Bertheau of believes that Merlot is the star of the future for the state.

While not as common as the above two grapes, Syrah is growing in popularity and capable of making wines that are fully bodied, peppery with crunchy red berry fruity not unlike those of the Rhone in France.

It is not surprising, given the dominance by the biggest wineries, that the other producers in the region are small scale affairs. However, in wine circles there are more is being written about the fine wines being made by these artesian growers such as Andrew Will Winery, Januik and Dunham Cellars.

In years to come I expect to see to excellent Bordeaux blends being made here.  But for now try the single varietals and add another tick in your wine tasting agenda for discovery another wine of the world.

Wines of the world with spanish food 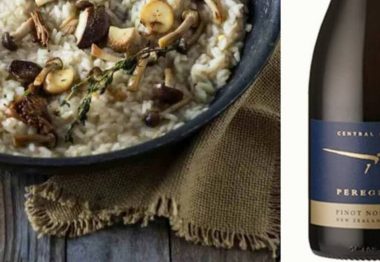