It may surprise you to know that Torrontés and Muscat of Alexandria, from which some of the finest white wines in Valencia are made, are closely related.  Just last week in a radio talk show we tasted Son Dos Días from Baron de Turis, D.O. Valencia, along with Don David Torrontés from Argentina and it was fascinating the similarity of the aromas.

Torrontés is the most popular white wine in Argentina.  While Malbec, Argentina’s favourite red wine, is phenomenally popular with wine drinkers around the world, Torrontés, while lesser known, but growing in popularity internationally with its very seductive, unmistakably floral, perfumed aromas and crisp, citrus flavours and dry finish.

In some ways it tastes like four grape varieties in one.  Its aromas are similar to Moscatel, while on the palate it is like Viognier with its tropical flavours and Gewürztraminer with its rich texture and citrus flavour, at the same time it has the crisp, dry finish like a Sauvignon Blanc.

I had thought that Torrontés was originally from Galicia and brought to Argentina way Spanish immigrants.  It turns out that is not true.  Recent DNA profiling has shown that it is closely related to Muscat of Alexandria, crossed with Malvasia, known locally as Torrontés Riojano, which makes sense given the similarities of the aromas in both wines.

I agree with the renowned wine expert Jancis Robinson when she says, “Torrontés has the capability of producing wines of high quality, but its success is dependent on the skill and care of the winemaking process, particularly in maintaining suitable acid levels to balance the wine”.    At it’s best it is a really is a pleasure to drink but when not well made it can be bitter and acidic.

Torrontés grows particularly well in the cold, dry climate and high altitudes of the Salta region of northern Argentina, which give the wine its characteristic crisp freshness and structure.   It also does well in the Rioja, Mendoza and San Juan regions.

Given the conditions it takes skilful winemakers to get the best from this grape. I mentioned Don David Torrontés, one of my favourites, from Bodegas El Esteco in Salta, one of the oldest wineries in Argentina.  Other names to look out for are Bodegas Norton, Alamos, Trapiche and Bodegas Santa Ana from the Mendoza region.

In its native Argentina, particularly in the northern province of Salta, the locals wash down their empanadas with the rich and spicy ‘putaparió’ sauce. It is a great wine to serve as an aperitif or to accompany oysters or other seafood, oriental food like spicy or aromatic ‘thai’ chicken, ideal with rice dishes as well as soft cheeses.

Surprise yourself and your friends by trying Torrontés, I think you will be pleasantly surprised and will add this grape to your growing list of Wines of the World.

Is wine an aphrodisiac? 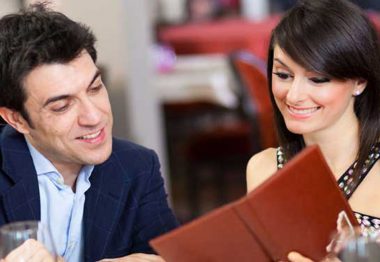 Making it easier to choose a wine