Argentine Malbec is El Gaucho of the Wine World. Argentina, renowned for producing some of the best meat in the world from cattle reared in vast and open pastures of Pampa Húmeda,  produces the finest wines made from Malbec, the perfect grape to accompany a good steak.

I will never forget my first trip to Argentina. We were in Santiago, Chile and had a meeting at the Peñaflor winery in Mendoza, Argentina.  It was winter and the roads through the Andes Mountains were covered in snow and likely to be impassable. The scheduled flights would have meant we arrived late.  So we hired a small plane to make the short one hour journey from Santiago de Mendoza.  Flying in a 6 seater jet was fun until just after we were settling into a light lunch when we hit turbulence causing our plane to drop dramatically.  It felt like the cable of a lift had been cut and we were free falling, the plane bounced and our trays with drinks and food hit the ceiling, thankfully we were all strapped in. The plane ground its way through the storm being battered relentlessly. The one hour journey seemed like an eternity but we made it.

It was 25 years ago when I made that trip. At that time Argentina was not on the world wine map as an exporter of quality wine.  I was working with a team of Australian winemakers and we thought that Malbec could make excellent wines.   Back then wine made from Malbec was valued for its black colour and tannins, making it ideal for blending with lighter wines. However, we were excited by the prospect of making wines made from 100% Malbec.  Over time working closely with growers and local winemakers, careful selection of the grapes at harvest and controlling the temperature during fermentation resulted in wines that were full bodied, juicy ripe blackberries, cherries and a touch of spice.

Nowadays Argentine Malbec is fashionable in many of the key wine markets in the world.  Originally from the Cahors region of Southwest France it was imported into Argentina in the 1850’s.

Today Argentina has 75% of the total production of Malbec in the world.

Vineyards can be found all along the Andes mountain range from Salta in the north to Patagonia in the south.  In fact Altura Máxima in the Salta region is the highest vineyard on the planet  at a staggering 3,011 metres.  Mendoza is a high altitude desert and Malbec strives in these conditions with a wide diurnal temperature variation (ie. hot days, cold nights). There are notable difference in wine styles between, for example, the hotter climate of Mendoza and Patagonia in the south where the wines tend to be fresher with a more of a cherry character.

What to look for when choosing an Argentine Malbec

Thankfully it is fairly easy to find good Malbec here in Spain.  Trapiche is one of the leading producers in Mendoza also Catena and Bianci, Terrazas de los Andes and Zuccardi Further south in Patagonia, Humberto Canales Estate wines go down really well with a nice piece of Argentine steak.

TheWinePlace.es has two excellent Argentine Malbecs for you the enjoy.  Humberto Canales Estate Malbec from Patagonia and Santa Ana Malbec from Mendoza.

Image from Catena Institute of Wine

The future for South African wine

How to Judge a Restaurant by its Wine List 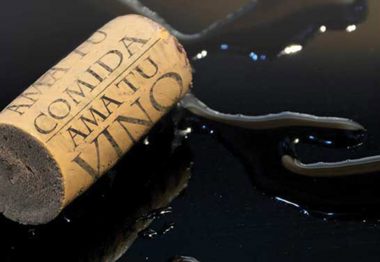