Its summer and time to fire up the barbie and choose barbecue wines. I love to barbecue and do so all year round. There is something therapeutic about moving food around a bbq while enjoying a glass or two of wine.   So the sun is shining, the coals are smoking, the food is ready to be sizzled now the big question is, which wines should we drink?

This is a good opportunity to dispel an old wine myth ‘don’t serve red wine cold’.  On a hot summer’s day there is nothing better than a chilled red, 20 mins in the fridge, to get things going.   So a young and fruity red, such as a Chilean Carmenere, such a LFE Carmenere Classic or a Beaujolais from France, will combine well will grilled vegetables or burgers.  Young red wines from Chile tend to be easy drinking in style, with a good balance of fruit and acidity making them very popular with wine drinkers around the world.

In the USA, the barbecue, more than being a way of cooking is a way of life.  The US is fortunate because they have excellent barbecue wines to match all types of marinates.  Pork ribs with a smoked marinate sauce with is a good match for a Pinot Noir from Oregon, such as Omero Cellars Pinot Noir

Succulent barbecue prawns or shellfish are the ideal partner for a crisp white wine.  I found a wonderful Riesling from western Australia called Madfish Riesling, with has all the boldness of an Aussie white wine yet there are subtle lime aromas and citrus flavours and crispness to combine with the seafood.  Western Australia, whose capital is Perth, is far removed from the other wine growing regions and is distinctive in the style of wines that are made there.  You could also try a crisp Chardonnay from this part of the world

Argentina, famous for roasting meat on open fires (sort of a bbq), not surprisingly has excellent wines to go with the food.  Malbec is the most well known red grape variety from the land of the Gauchos.  For a sizzling marinated piece of beef you could also try an Argentine Tannat, such as El Esteco Don David Tannat, a heavenly combination.

Marinated chicken, another favourite for the summer barbecue,  goes really well with a sparkling wine such as a Prosecco from northern Italy.  This is a deliciously crisp and fruity sparkling wine more approachable and easier than Champagne, and cheaper.  Everyone likes a Prosecco and it is one of the barbecue wines.  A cold sparkling wine has the effect of cleaning your palate removing some of the fat, which is refreshing,as will a crisp Riesling of Sauvignon Blanc.

In South Africa barbecues, locally known as ‘braais’, are a serious culinary feast and they have the wines to go with them.  South African wine made from indigenous grape varieties such as Chenin Blanc for the white and Pinotage for the reds, stand out when enjoying a whole range of meats and vegetables cooked on the fire.

So from chilled reds to crisp sparklers, your bbq will now be even better than before.

Which Wines to Pair with Valencian Gastronomy?

8 Principles for Pairing Wine with Food 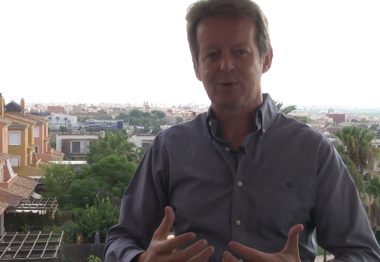