Why are wines blended?

The simple answer to why are wines blended is to make the best wine possible taking into consideration grape varieties, climate and soils. One of the skills of a winemaker is in his or her ability to make a wine that is balanced, with each of grape variety in the right proportion to add character, flavour and quality.

Some of the great wines of the world are blends, for example Champagne, a blend of Chardonnay/ Pinot Noir /Pinot Meunier and Rioja (Tempranillo/Garnacha/Graciano/Macabeo). Whereas other classics are single varietal, Burgundy (Pinot Noir), Chablis (Chardonnay), Beaujolais (Gamay), Chianti (Sangiovese).

Blends are like marriages, some work better than others. The most famous combination of pairing or red grapes is known as the Bordeaux blend where Cabernet Sauvignon, Merlot and Cabernet Franc combine to produce some of the worlds most elegant and sought after wines.

Cabernet Sauvignon is a thick skinned grape making wines with a deep colour, high concentration fruit, tannins and acidity. Merlot, grown in Bordeaux, is softer, with lighter tannins and acidity but has more body and alcohol while Cabernet Franc plays a supporting role to its better known counterparts. Together they make a wine that is more elegant and complex and suitable for ageing.

This blend is not unique to Bordeaux. If you like this style of wine then look out for wines made from this blend from southern France, South Africa, Chile and New Zealand. Each will be a variation given that well made wines will reflect the region, soil, climate from where the grapes are grown.

Other Cabernet Sauvignon blends are with Shiraz – a popular blend in Australia, the Shiraz adding a softness and spiciness to the blend or Carmenere is often added to Cabernet Sauvignon and Merlot in Chile adding a different aromas and flavours to the wine.

Rioja is distinctive for having appealing aromas of strawberries with a touch of cream. This comes from the blend of Tempranillo with some Garnacha ,which adds a jammy sweetness to the find blend, as well as the flavours from the American oak that is traditionally.

Garnacha or Grenache as it is also known, is widely planted in northern Spain and southern France. It forms the base for wines from the Southern Rhone, one of the most well known areas being Chateauneuf-du-Pape. Grenache makes wines that are full bodied, high in alcohol and with red fruit and spicy flavours, while Shiraz adds colour, acidity and black fruits to the blend, Monastrell, also known as Mouvédre, will also add body, structure and other characteristics to the wine. Together they complement each other.

This famous marriage of grapes is also popular in the new world, where it is known as GSM in Australia, where the hot and dry Barrossa Valley and McLaren Vale are ideal for Garnacha which loves the heat, and South Africa.

Part of our education as wine lovers is to taste as many versions of a particular blend as a well of distinguishing between regions and countries and finding the style that work best for each one of us.

Next time on Why are wines blended?,  white wines.

What is my favourite red wine for a barbecue? 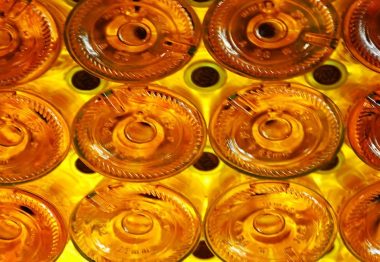