Cool Climate Wine is a term that we are becoming more familiar with when talking about wines of the world.  The planet is getting warmer and consequently growers and winemakers from Argentina to Australia to Spain are looking for cooler areas to grow grapes as well as having to adapt their vineyards and ways of working.

Cooler weather conditions in viticultural regions is important because to reach the perfect ripeness grapes need a balance of sunshine, rain, heat and cold during the growing season. Many of the finest wines in the world, for example the classic French regions of Champagne and Bordeaux, are cool climate areas, where a vintage could be ruined at any time due to bad weather, however, there is also the possibility of having near perfect vintages.

What are wineries in Champagne so concerned by rising temperatures? Cool climate wines tend to be better quality with more complexity.  The concern for wineries is that consistently higher temperatures will over time effect the unique characteristics on which its reputation has been established.  Tattinger recently announced a joint venture to plant a vineyard in the south of England, where the limestone soil and cooler temperatures are ideal for Champagne grapes.

The new viticultural frontier in northern Europe has now reached Gothenburg in Sweden. Could we one day see an IKEA Sauvignon Blanc made from grapes grown in Sweden?

How has this come about? To paraphrase a quote from Professor Hans Schultz of Geisenheim University in Germany, who spoke at a recent ‘International Cool Clime Wine Symposium’,  ‘From 1950 until now there has been a +1ºC temperature change which means, in the northern hemisphere, that average temperatures between April to October, the growing season, have risen making it possible to cultivate vineyards in farther north’.  But it is not a linear change and what we are seeing and will see more of is unpredictable and extreme weather patterns resulting in previously unseen complications.

The long ripening season of the cool climate, 120-150 days between flowering and harvest, adds to the aroma and vibrancy of the wines. Also Temperature; diurnal differences, warm days followed cold nights, particularly near the time the grapes will be harvested, which effectively puts the grapes in a fridge overnight sealing in fruit intensity, acidity and colour.   Sunlight and UV levels. In Otago, New Zealand, UV level are much higher than northern hemisphere regions of similar latitude resulting, such as the Mosel in Germany and Champagne, resulting in riper grapes and richer wines.  Altitude, from Salta in Argentina with vineyard up to 3000m to the Bekaa Valley in Lebanon, both places are oasis in the mountains, producing wines with intense colour and aromas.

For wine drinkers around the world there are more and more wines made that reflect particular microclimate in specific parts of area where grapes are grown. So there is lots more tasting to be done to discover new ‘cool climate wine’ gems .

Best Wines in the WorldWine Trends

Wines from places you least expected 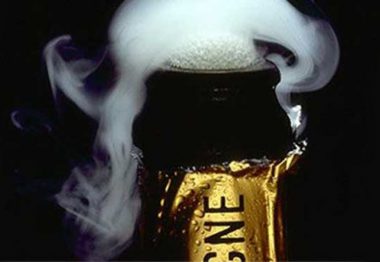 What makes champagne so special?