Carmenere Chile’s National Grape,  is to Chile as Malbec is to Argentina. Originally from Bordeaux in France, like several others of the world’s classic grape varieties, was brought to Chile in the 1800’s.  Carmenere, a distant relative to Merlot,  was used predominantly as a blending wine and was not a grape that was much appreciated in its native Bordeaux. Following the phylloxera plague in 1857 it was thought to be extinct. In fact it was only in 1994 when a French grape researcher, ampelographer, called Jean Michel Bousiquot, discovered that grapes thought to be Chilean Merlot, which is similar in appearance, were actually Carmenere.  Today this grape variety is uniquely Chilean.

The rediscovery of Carmenere has played an important role of the evolution of the Chilean Wine industry. Chile’s international success is a result of offering competitively priced wines made from popular grape varieties, notably Cabernet Sauvignon and Sauvignon Blanc, but also Carmenere.

Today Chilean wine producers are focussing their effort on making wines the reflect the diversity of the country’s 14 wine regions and their distinctive ‘terrior’, the French term used to encapsulate the particular qualities and characteristics of a vineyard or region.

Carmenere is not an easy grape variety to grow.  It needs time to ripen, is one of the last grapes the be harvested, requires lots of attention in the vineyard, but most of all needs specific climatic and geological conditions, like a good balance of sunny days and rainfall, deep soils, warmer days and cooler nights.

Here in Spain you can find wines made from Carmenere, notably those made by Conche y Toro, Miquel Torres Chile (yes, ‘the’ Miguel Torres from Penedes) and Montes.  Two of my favourites wines are made by Luis Felipe Edwards, one of the largest private grape growers, highlight the qualities of this Carmenere Chile’s national grape.

Firstly his LFE Carmenere Classic, a young wine that for anyone who has never tried a wine made from this grape variety is a good wine with which to start.  It has a vibrant red colour with cherry and raspberry flavours a touch of spice, black pepper and chocolate.  I find his LFE Carmenere Gran Reserva, aged for 10 months in French oak barrels, to have much greater complexity with a deep red colour, ripe black fruit flavours, coffee, tobacco, leather, earth and cloves. It is a wine that is notable for its silkiness, soft tannins and perfect balance.

Above all, Carmenere is a great food wine.  Perfect for barbecues, roast lamb, grilled vegetables as well as Indian and Oriental dishes.

Add this grape variety to your repertoire of international wines.

What is organic wine? 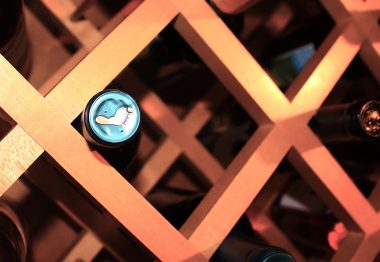